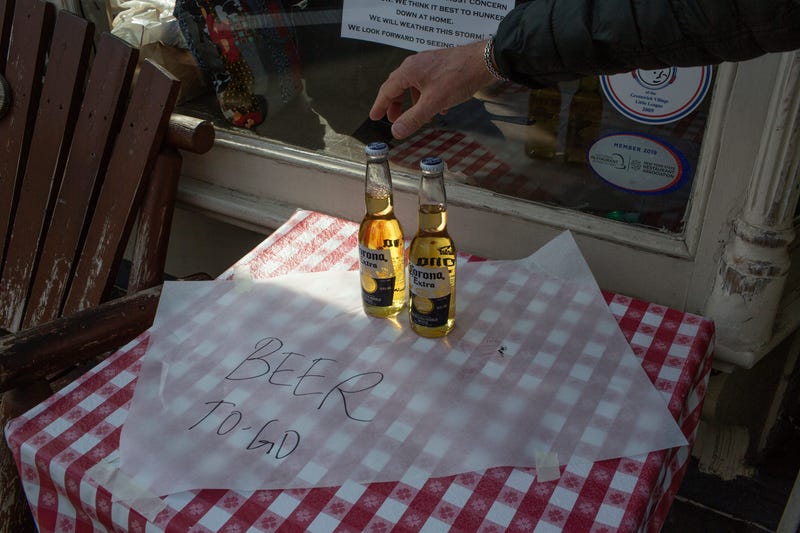 The NYC Hospitality Alliance surveyed more than 450 venues in the five boroughs and found that 87 percent were unable to pay full rent in August, a report the group released on Monday said.

Our August Rent Survey shows the desperate need for rent relief, a plan to expand indoor and outdoor dining, the passage of the #RESTAURANTSAct, etc. for our small businesses. #SmallBizSOS pic.twitter.com/Qms4RDVC4w

Thirty-four percent of the businesses surveyed, meanwhile, were unable to pay any rent at all, according to the report.

In July, 83 percent of the businesses the Alliance surveyed were unable to pay their full rents, up from 80 percent in June, the report said.

The survey also found that 60 percent of the venues' landlords had yet to waive rent during the COVID-19 pandemic. Of the landlords that did waive rent, fewer than a third waived their rents by more than 50 percent, according to the survey.

“Restaurants, bars and nightlife venues have been financially devastated by the COVID-19 pandemic," NYC Hospitality Alliance Executive Director Andrew Rigie said in a statement. “Even before the pandemic, when operating at 100 percent occupancy, these small businesses were struggling to stay open.”

“Now we’re seeing widespread closures, approximately 150,000 industry workers are still out of their jobs, and the overwhelming majority of these remaining businesses cannot afford to pay rent,” he added. “The hospitality industry is essential to New York’s economic and social fabric, and to ensure the survival of these vital small businesses and jobs, we urgently need rent relief, an indefinite extension of outdoor dining, a roadmap for expanded indoor dining, covered business interruption insurance and immediate passage of the Restaurants Act by Congress.”