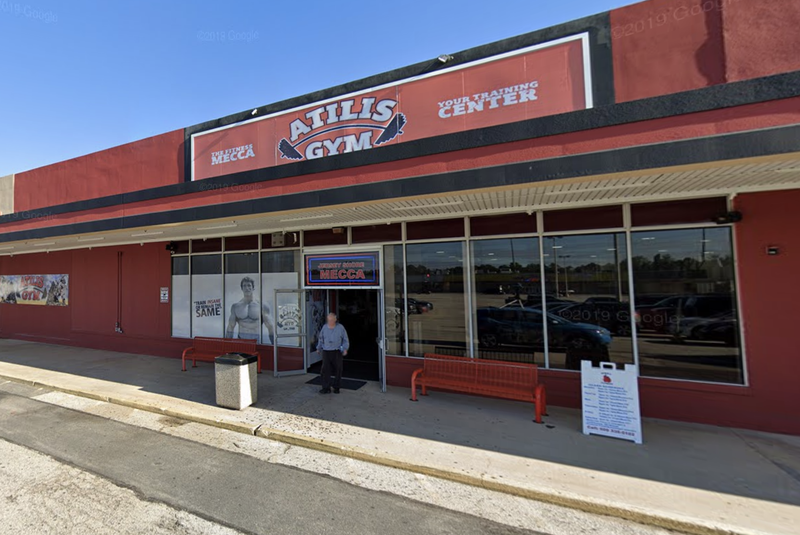 BELLMAWR, N.J. (1010 WINS) -- A gym in New Jersey reopened for business early Monday, defying a state order that shut down nonessential businesses to help stem the spread of the coronavirus.

People began to gather outside of the Atilis Gym in Bellmawr several hours before it reopened at 8 a.m.

The owners have said the decision to resume operations at the members-only facility was not about financial gain, but rather a question of Constitutional rights.

"We truly believe that if we don't do this, in the end, we will have zero rights and no say in what happens,'' co-owner Frank Trumbetti said in a video posted on the gym's Facebook page.

Trombetti has said he recently lost a loved one to the coronavirus.

Police were present at the site when the gym reopened, but it wasn't clear if they attempting to keep the building shuttered or were preventing anyone from entering. Dozens of people came out to show their support for the gym, with many holding signs critical of Democratic Gov. Phil Murphy and others waving American flags.

Only some were wearing face coverings and most people tightly clustered together on the sidewalk and parking area in front of the gym.

Murphy ordered fitness centers, movie theaters and casinos closed on March 16 as part of the state's efforts to fight the pandemic.

The gym owners said they have taken several steps to ensure social distancing and taken other precautions, including taping off workout stations and operating at 20 percent of the building's capacity.

They also were requiring patrons to wear masks unless they were in the middle of lifting weights.

Gym staff will be taking patrons' temperatures at the door and anyone at 100.4 or above will not be allowed inside. The gym's owners also said it wouldn't allow any new members to join Monday.

The gym also posted a warning from the Camden County Prosecutor's Office that anyone who patronizes a business in violation of the executive order could face a disorderly persons charge.

In a letter dated May 18, attorney James Mermigis, who is representing the gym, said Murphy’s orders were “curb(ing) my clients’ civil rights and liberties.” </