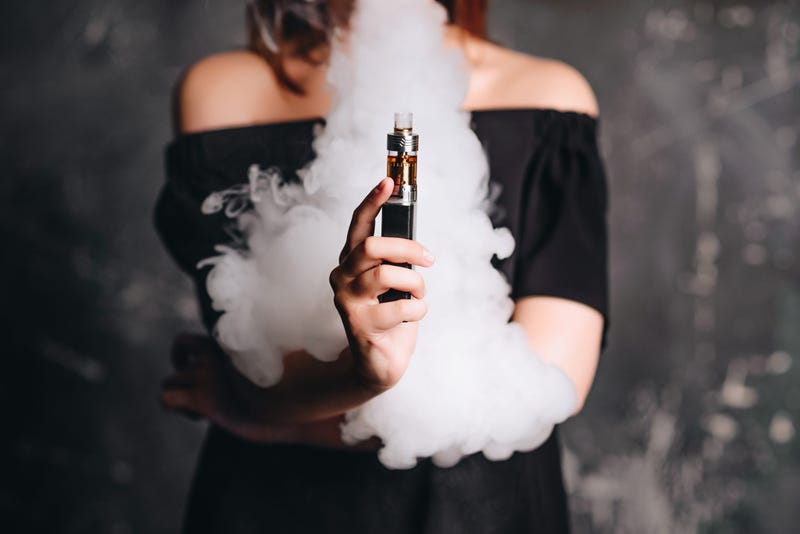 NEW YORK (1010 WINS) -- The first vaping-related death has been reported in New Jersey.

on Tuesday, the Department of Health announced the death associated with the national vaping outbreak and said the victim is a woman from Northern, New Jersey.

The death was first reported to the the department in August.The total number of confirmed and probable cases of serious lung disease in the state has risen to 14—including two probable cases.

One of the probable cases is the death being reported, officials said.

"The New Jersey Department of Health is saddened to announce a death associated with this outbreak. This death underscores the potential dangers associated with vaping," said Persichilli, who chairs the Governor’s Electronic Smoking Device Task Force.

There are also 32 reports of severe lung illness currently under investigation. The age range of all cases and reports under investigation is between 15 and 51 years of ages and the majority of the cases involve men, offiials said.To date, there have been no reports of serious lung illness associated with products sold in dispensaries permitted by the New Jersey Medical Marijuana Program, oficials said.