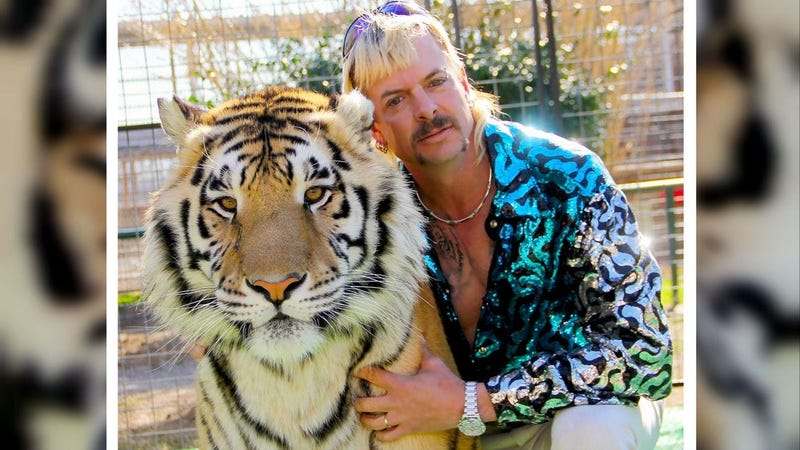 NEW YORK (1010 WINS) -- It was only a matter of time before "Joe Exotic" -- aka Joseph Maldonado-Passage -- got the scripted series treatment and would be played by a big-time actor.

It's actually Cage's first TV project. He will also serve as executive producer of the series, according to Variety.

CBS Television Studios will co-produce the series, which is based on the Texas Monthly article “Joe Exotic: A Dark Journey Into the World of a Man Gone Wild,” by Leif Reigstad. The series will go to market soon, meaning a network or streaming service has not yet formally picked it up.

Maldonado-Passage was sentenced to 22 years in prison for a murder-for-hire plot and federal wildlife violations, including killing five tigers, selling tiger cubs and falsifying wildlife records.

A jury last April convicted Maldonado-Passage for trying to arrange the killing of Carole Baskin, a Florida animal sanctuary founder who criticized his treatment of animals. She wasn’t harmed.

He has maintained his innocence.