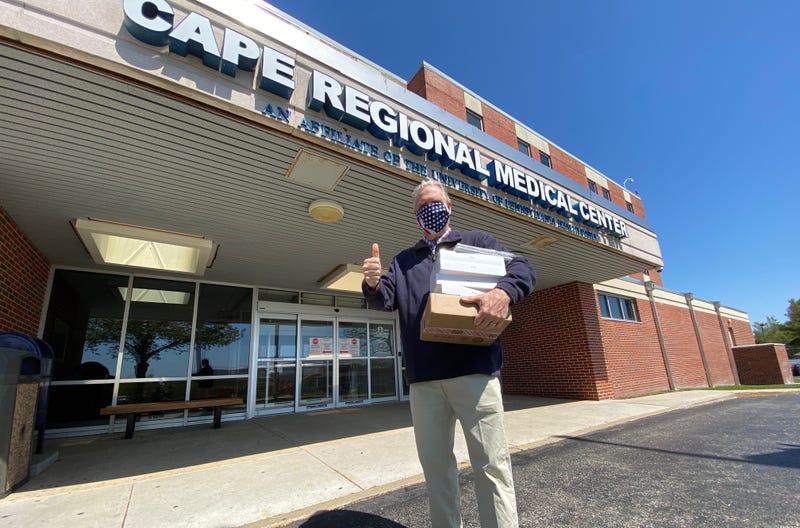 WILDWOOD, N.J. (1010 WINS) – A New Jersey man who said his final goodbye to his father over video because of the pandemic is collecting iPads to donate to hospitals and nursing homes to make sure patients can also have contact with their loved ones.

John Lynch had to say goodbye to his father, Hugh Lynch, over Facetime on April 13 because of lockdown restrictions in place to combat the coronavirus. He said being able to talk with his father made all the difference when he died last month.

Heaven has gained a wise man and I have lost a great mentor. Looking forward to honoring his legacy by the values he taught me through example, not words- above all things in life, my Paw put KINDNESS as one of his top priorities. Rest In Peace dad, you made a difference! #ThumbsUp4Kindness

Lynch said hospitals have been using them not just for goodbyes but last rites and Mother’s Day greetings.

“One of the hospitals said they used the iPads to make sure that everybody who was in the hospital on Mother’s Day got to speak to their mothers,” he said. “And another thing you don’t really think about is last rites. Our local hospital told me that they’ve been using them for our local clergy to perform the last rites. So it just means so much I think for these families that have an opportunity to communicate.”

Lynch said he’s planning on branching out across the country to distribute iPads and keep families in touch with their quarantined loved ones. He said he’s doing it all in honor of his father, who was born in Brooklyn.

“My father was born in Bensonhurst. He went to St. John's Prep in Bedford­-Stuyvesant,” Lynch said. “And though my dad had spent the last probably 75 years down in Atlanta, the fact that he lived life with that New Yorker attitude is a wonderful way for us to not only celebrate him but to be able to celebrate his heritage as a proud New Yorker.”

Lynch said New York’s efforts against the coronavirus have been inspiring people all over the country, who want to find a way to help.

“We look at New York City. You’re the heartbeat of the world, and I think that heart beats the strongest in New York,” Lynch said. “I think that people all around the United States want to do something and to help, and they just need to be given an avenue to do that.”

Find out more about Operation Connection: The iPad Project here.