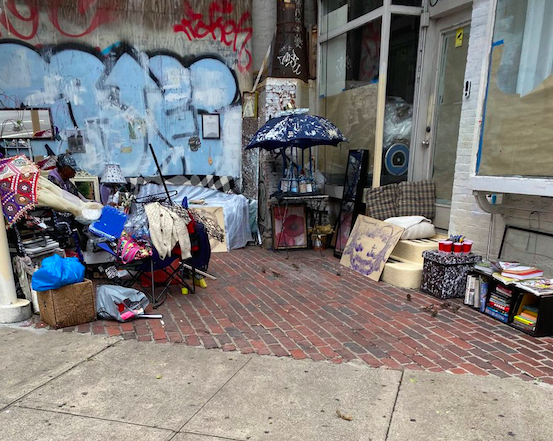 During the mayor’s news conference on Thursday, 1010 WINS’ Juliet Papa asked him about several encampments that have created problems for nearby residents and business owners in recent weeks and months, including one on 7th Avenue South, near West 10th Street, in Greenwich Village that has been blocking the entrances to nearby commercial spaces.

Tenants and business owners who live and work near the 7th Avenue South encampment have reported the issue to 311 and the NYPD for weeks on end, but their complaints have not been addressed.

“You’ve said many times that encampments are not allowed. And yet I’ve been seeing them and receiving photos from listeners of encampments that are very large,” Papa said to de Blasio. “One listener tells me commercial tenants cannot get into their building. They called the precinct, they’re told to call 311 and nothing happened. So is there a way to be more proactive about this situation?”

The city, the mayor responded, has “overwhelmingly… been successful in recent years making sure that encampments did not continue in New York City as they did for decades.”

“When we see ‘em, we stop ‘em,” he said. “And sometimes it does take a couple of days, but we’ve managed to do it successfully with very little recurrence.”

“Please let my team here at City Hall know the locations. Anyone who tells us about an encampment, we’re going to have it addressed right away, by Homeless Services, Sanitation, PD, whatever it takes,” he added. 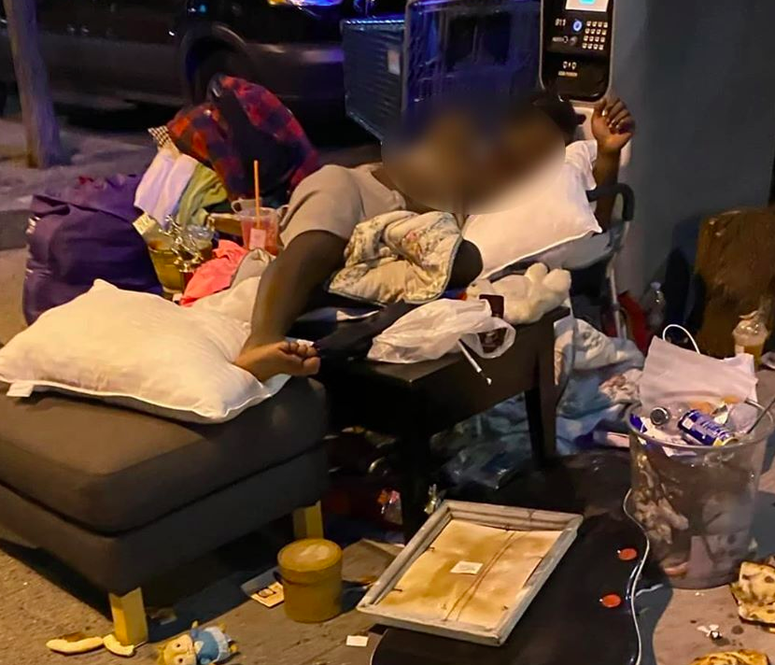 The encampment at West 24th Street and 6th Avenue in Chelsea. 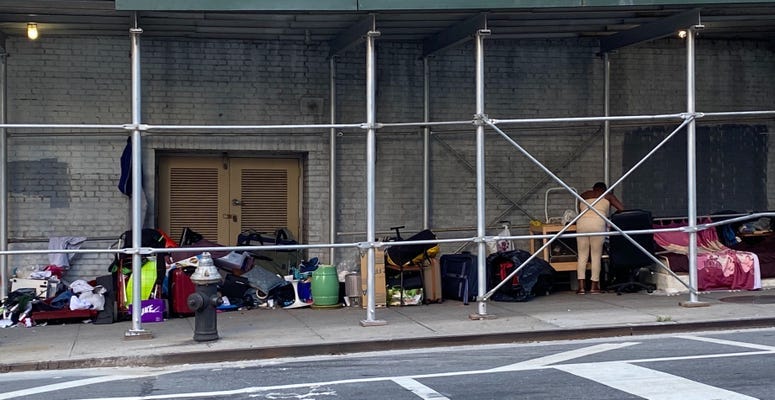 The encampment at West 55th Street and 10th Avenue in Hell's Kitchen.