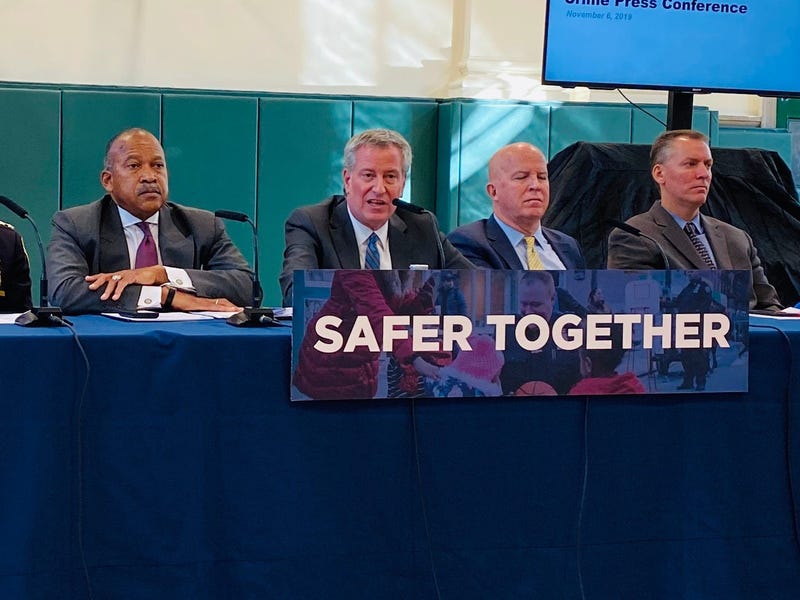 According to police stats, hates crimes against Jews are on the rise.

Join me and @NYPDONeill in Brooklyn for a look at October’s crime stats. https://t.co/KGytMEQVq5

NYPD shows that there has been a 162% increase of incidents reported through October 20, than in 2018 and the NYPD logged 42 hate-crime complaints involving anti-Semitic acts in the subway this year.

There has also been a growing number of swastikas that have appeared on subway trains and in stations.“People are emboldened and they want the largest possible audience for what they want to communicate,” said Alexander Rosemberg, director of community affairs for the Anti-Defamation League of New York and New Jersey. “And the subway is where they find that audience.”Brooklyn held the highest number of  assaults against Jewish people and anti-Semitic grafitti and assaults on Jewss accounted for nearly 60% of the hate crimes that occurred in the subway in 2019 with many of the other hate crimes in the subway were anti-black or related to sexual orientation, according to the NYPD Transit Bureau.

MTA NYC Transit President Andy Byford reacted to the NYPD's announcement of increase in hate crimes reported on subways, saying that "the MTA has zero tolerance for attacks on our fellow New Yorkers on the basis of religious faith, race, ethnicity, sexual orientation or gender."

Byford added that "hate crimes, including offensive graffiti in subways, are abhorrent and reprehensible. Trains defaced with hate speech are immediately removed from service, and we continue to work with the NYPD to investigate and hold those responsible to the fullest extent of the law."