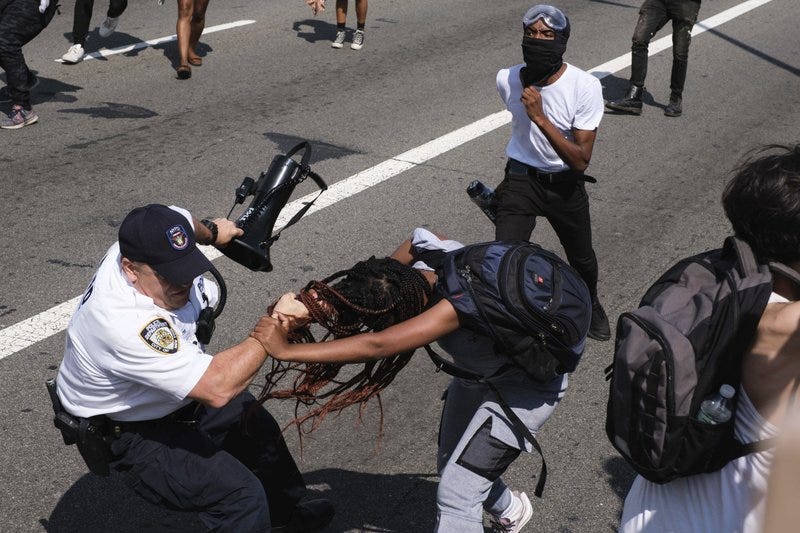 NEW YORK (1010 WINS) – NYPD Chief of Department Terence Monahan was among several members of the department injured as protesters clashed with police at the Brooklyn Bridge in Manhattan on Wednesday morning.

At least three NYPD officers, including a lieutenant and a sergeant, were injured in addition to Monahan, who had to be hospitalized with hand and finger injuries. Although initial reports were that Monahan had broken his finger, he said Thursday morning that his finger was bruised. 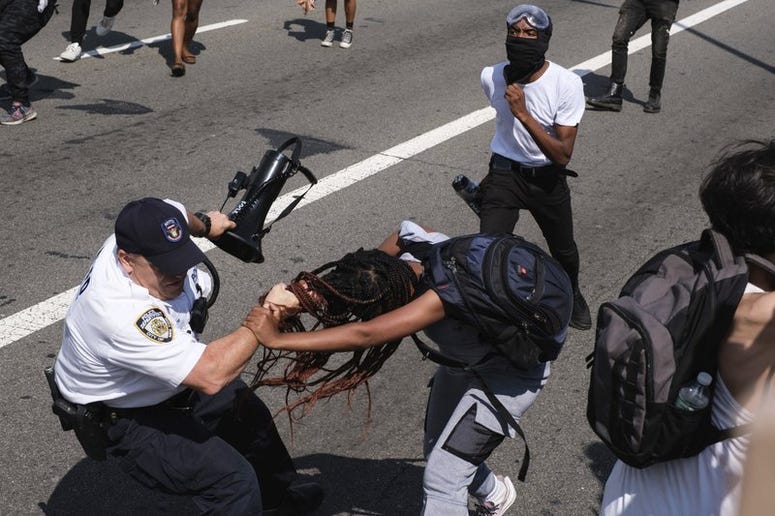 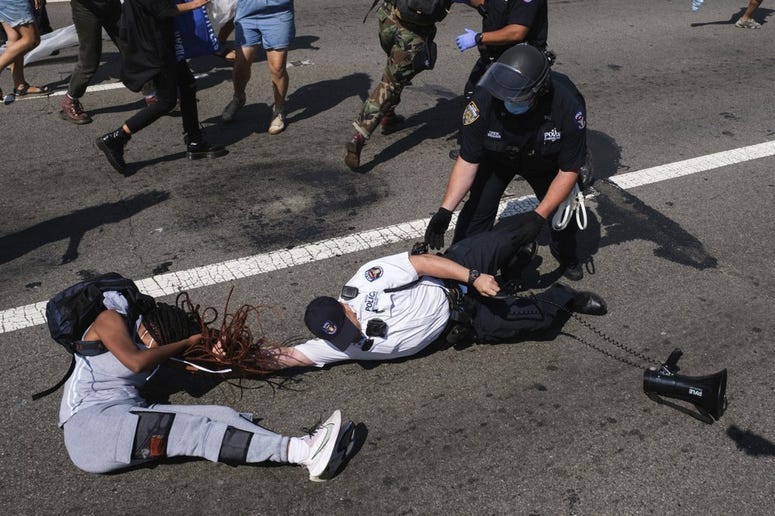 The head of one officer was cracked open in the scuffle and another officer appeared to suffer a head or face wound, photos from the NYPD show.

"Three officers violently attacked by protesters crossing the Brooklyn Bridge. The officers sustained serious injuries," the NYPD tweeted. "This is not peaceful protest, this will not be tolerated."

Additional footage of the serious injuries our officers sustained on the Brooklyn Bridge. pic.twitter.com/Ja9lTpQu0G

The clashes erupted after marchers taking part in a “Stop the Violence” rally supported by the Sergeants Benevolent Association, an NYPD union, crossed the Brooklyn Bridge. 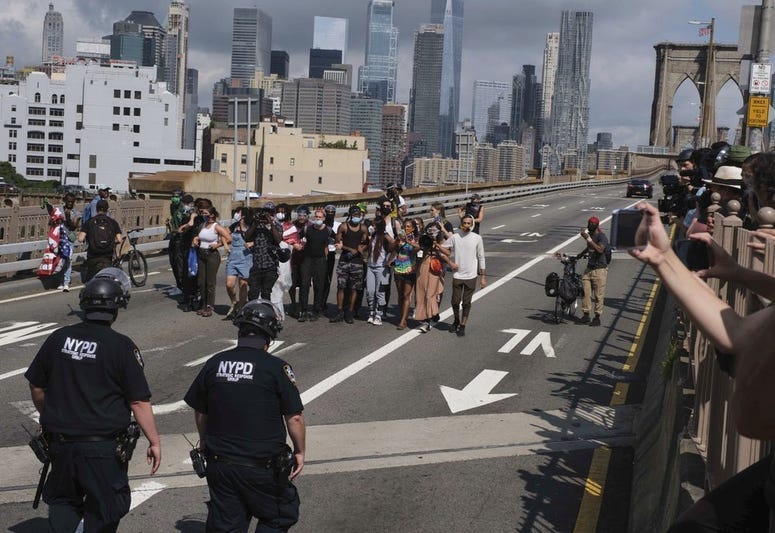 Monahan, who last month knelt in a show of solidarity with protesters, was marching with the other injured officers in a pro-police group led by local clergy when they were met on the bridge by anti-police activists, some of whom have been camping outside City Hall in recent weeks to demand severe cuts to police funding.

Some people in the pro-police group marched with a banner that said, "We Support the NYPD." The leader of that group said they were calling for an end to a recent spate of violence, including the shooting death of a 1-year-old boy in Brooklyn.

The Power of Prayer - Stop the Violence pic.twitter.com/YyxsqTkLAy

The Power of Prayer - Stop the Violence pic.twitter.com/WVWVPmemY9

The march—which included community leaders, elected officials, law enforcement groups and congregants from faith-based institutions—ran into counter-protesters, who've been camped at City Hall for weeks calling for the NYPD to be defunded.

The counter-protesters came onto the bridge and hit the officers with sticks, bolts and nuts, according to police.

At least 37 people were arrested, including 23 men and 14 women, police said.

The NYPD tweeted video they said showed the attack on the officers on the Manhattan side of the bridge.

This is not peaceful protest, this will not be tolerated. pic.twitter.com/cYuDX8G7ku

Wednesday’s demonstrations were the latest in a wave of protest activity across the country since George Floyd was killed May 25 by Minneapolis police.

The first few nights of protests in New York City were marred by stealing, unrest, and violence inflicted both by and on police officers. Since then, protests have largely been peaceful.