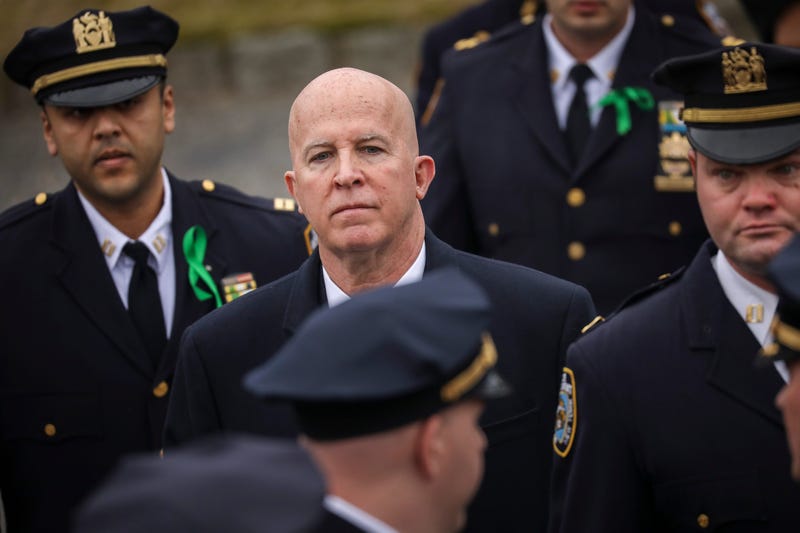 NEW YORK (1010 WINS) -- Following a rash suicides by NYPD officers -- there's been 9 so far this year, 2 of which were within the past week -- the department is instituting several initiatives to help officers cope with stress and depression, and to be able to spot suicidal tendencies in themselves, and their partners and co-workers, 1010 WINS has exclusively learned.

In an interview with 1010 WINS' Carol D'Auria Thursday, NYPD Commissioner James O'Neill outlined three of the steps being taken.

First, O'Neill said that within a couple days, an app will be available on officers' smartphones that serves as a mental health resource for officers.

"Press on that app and it'll give you everything you need to know where help is, and most importantly, what the signs of suicide are," O'Neill said. "I urge every member of the department, when it appears on your phone, take a look at it."

Further elaborating about the app, O'Neill said, "It's interactive at points, it brings you to different sites, (such as) the American Foundation of Prevention of Suicide, and it gives you everything you need to know. It's about issues you might be having or issues your partner or friends or co-workers may be having."

O'Neill also exclusively revealed that the NYPD has partnered with a medical facility in the city, which officers may contact when dealing with mental health issues, and they will be able to get an appointment or Facetime call within 24 hours. The service is completely independent of the NYPD.

"Its anonymous," he said. "No one is going to know you're doing it. It's a road to being healthy and well again, and it's a road to get you back to what you came on this job for."

O'Neill explained that the biggest hurdle for officers to overcome is asking for help -- and he hopes these initiatives help remove that hurdle.

Another initiative the NYPD is launching is the expansion of its health insurance's mental health coverage.

"We're expanding the health coverage network for providers that are within network for police officers so they can use their private insurance," he said.