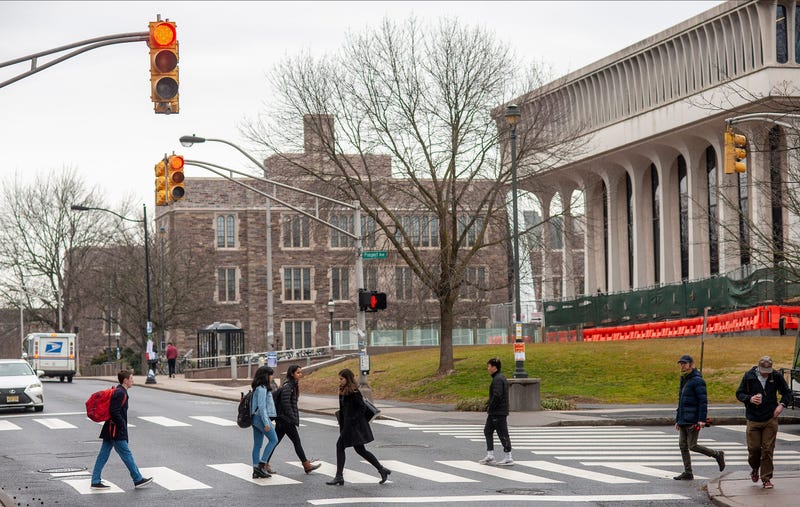 PRINCETON, N.J. (1010 WINS) – Princeton University announced Saturday that it is removing former President Woodrow Wilson’s name from its public policy school because of his “racist thinking and policies.”

“We have taken this extraordinary step because we believe that Wilson’s racist thinking and policies make him an inappropriate namesake for a school whose scholars, students, and alumni must be firmly committed to combatting the scourge of racism in all its forms,” the university’s board of trustees said in a statement.

The statement continues: "We must ... ask whether it is acceptable for this University’s school of public affairs to bear the name of a racist who segregated the nation’s civil service after it had been integrated for decades."

A residential college that had Wilson’s name will also be renamed First College.

Students at the Ivy League university have protested over the name for years, protests that intensified in recent weeks amid nationwide demonstations over racism.

“We condemn this School’s complicity in this country’s violent history of white supremacy through its perpetuation of the legacy and iconography of Woodrow Wilson,” students wrote in a petition this month, according to the Princetonian.

music
Nine Inch Nails and HEALTH drop 'Isn't Everyone': Get to know Trent's collaborators
music
GIRLS!: Victoria Beckham claims Spice Girls walked, so Beyoncé could run… the world
news
4-year-old boy accidentally orders $2,600 worth of SpongeBob popsicles on Amazon
news
How to get paid $1,500 to nap
music
Olivia Rodrigo named this Kesha song the one she wishes she had written
music
Billie Eilish explains why she went vegan at age 12