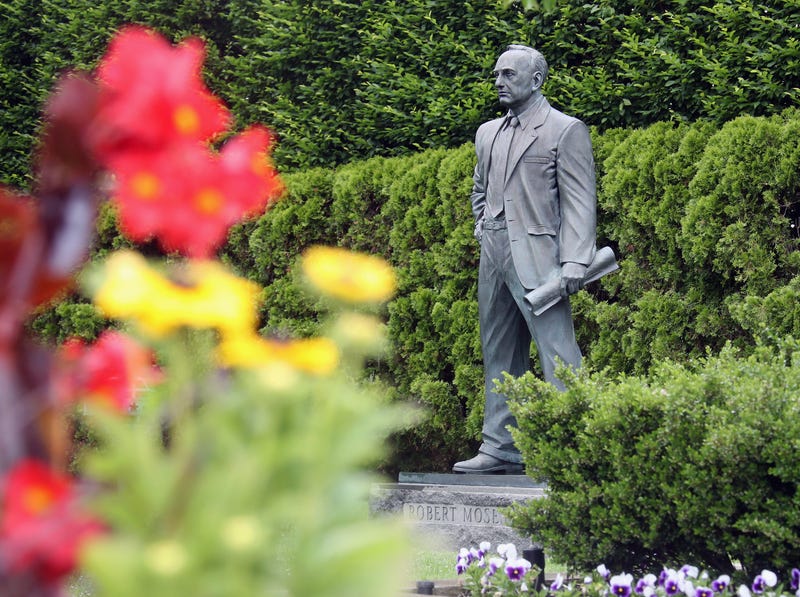 BABYLON, N.Y. (1010 WINS) – Protesters on Long Island called for the removal of a statue of “master builder” Robert Moses, saying many of his influential decisions—which shaped the New York City metro area in the 20th century—were based in racism.

About 100 people marched through Babylon Village on Saturday, chanting “Hey hey, ho ho, Robert Moses has got to go!”

A flyer for the event said the statue of Moses, which was placed near Babylon Village Hall in 2003, represented a “history of segregation, racism, and racial violence” on Long Island, Newsday reported.

Moses was the planner behind many roads, parks and bridges in the metro area, including the Brooklyn-Queens Expressway, the FDR Drive, the Verrazzano-Narrows Bridge and Jones Beach State Park.

But demonstrators labeled him as a racist for work that ultimately displaced many communities of color, with thousands of families forced to leave their homes to make way for his projects over the years.

They urged Mayor Ralph Scordino to have the statue taken down.

The protest comes amid a national reckoning over statues of controversial figures, with anti-racism demonstrators forcibly removing some statues nationwide.