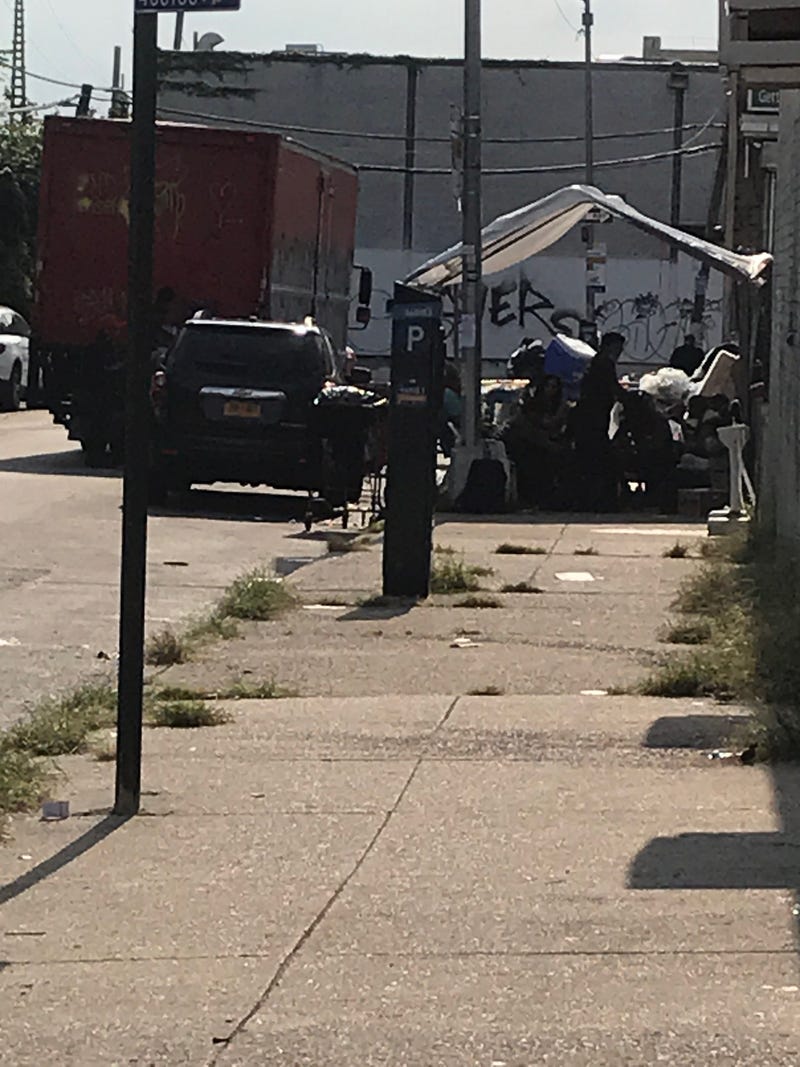 NEW YORK (1010 WINS) -- A homeless encampment in Queens that has garnered dozens of 311 complaints since April was dismantled on Monday, after causing myriad problems for nearby businesses.

A neighbor told 1010 WINS a police car was there to keep the area clear, although some homeless people were still seen loitering.

According to Mayor Bill de Blasio, these encampments are "very, very rare" occurrences.

"I just want to say, once in a while we still see something that’s an encampment,"  de Blasio said during a briefing on Monday.

"That means people trying to set up basically permanent lodging on the street, but it’s very, very rare in New York City right now because we made a decision years ago in this administration to stop what had happened for decades before and not allow those encampments," he added.

Since April 1, neighbors have filed 49 complaints about the encampment at Whitney Avenue and Broadway in Elmhurst, which usually comprises between 10 and 20 homeless people.

Before the homeless encampment was taken down, the 311 complaints filed about it have been resolved with phrases including "closed," "non-crime corrected," and "refused assistance."

William Zheng, whose cousin runs a restaurant across the street from the setup, told 1010 WINS homeless people who live at and frequent the encampment scare off patrons and leave garbage behind.

Nearby businesses end up getting fined for the trash, he said.

Asked about the encampment, NYPD Sergeant Jessica McRorie said police haven’t been able to respond to it because budget cuts eliminated the department’s homeless outreach unit.

A Department of Homeless Services spokeswoman on Friday said the city works to address issues of homelessness “as quickly as possible, with city agencies responding as appropriate.”

“Anytime our outreach teams encounter an individual living unsheltered, we work to engage them and offer services,” she said. “Through the process, we’re focused on preserving the trust our outreach teams develop with these individuals every day, and building on those relationships, as we acknowledge their humanity and encourage them to come off the streets.”

“Engaging those in need isn’t easy or quick work, nor is accepting services for those who’ve lived unsheltered for some time,” she added. “It requires persistence, compassion, and trust, and we will keep coming back.”