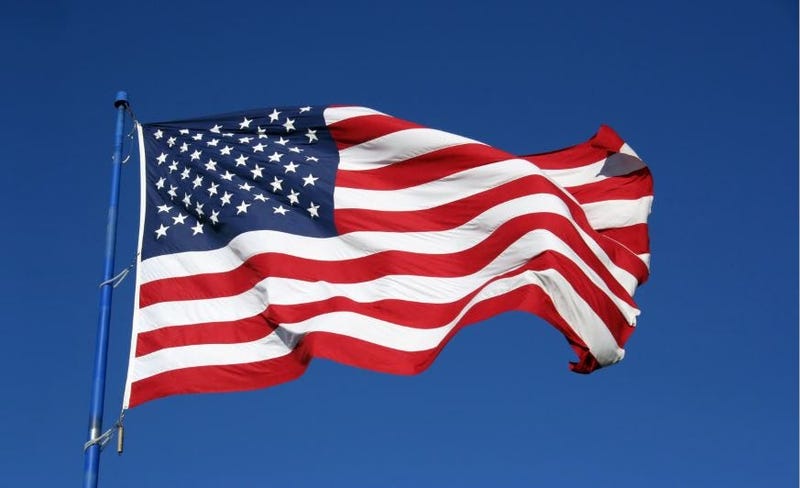 NEW YORK (1010 WINS) – An 11-year-old Florida boy was kicked out of his classroom and arrested after he refused to stand for the Pledge of Allegiance and allegedly became disruptive.

It started when a substitute teacher asked the student to stand up for the pledge, according to NBC News.

The student reportedly told the substitute teacher, Ana Alvarez, that the flag was racist and that the national anthem was offensive to black people.

In a statement to the district, Alvarez reported telling the 11-year-old boy, “why if it was so bad here he did not go to another place to live.”

She said the boy then told her, “They brought me here.”

The boy was ultimately arrested for refusing to leave the classroom despite being told 20 times, as well as for making threats while being escorted to the office, according to the Lakeland Police Department.

Police took the boy to a juvenile center. He was charged with disrupting a school function and resisting an officer without violence.

Police say the boy was not arrested for refusing to stand and that it was based on “the student’s choice to disrupt the classroom, make threats and resisting the officer’s efforts to leave the classroom.”

The boy has reportedly denied making the threats, and his mother wants the charges against her son dropped. She is working with the Poor & Minority Justice Association for help with the case.

A spokeswoman with the school district said students aren’t required to participate in the Pledge of Allegiance but that the substitute teacher wasn’t aware of this.