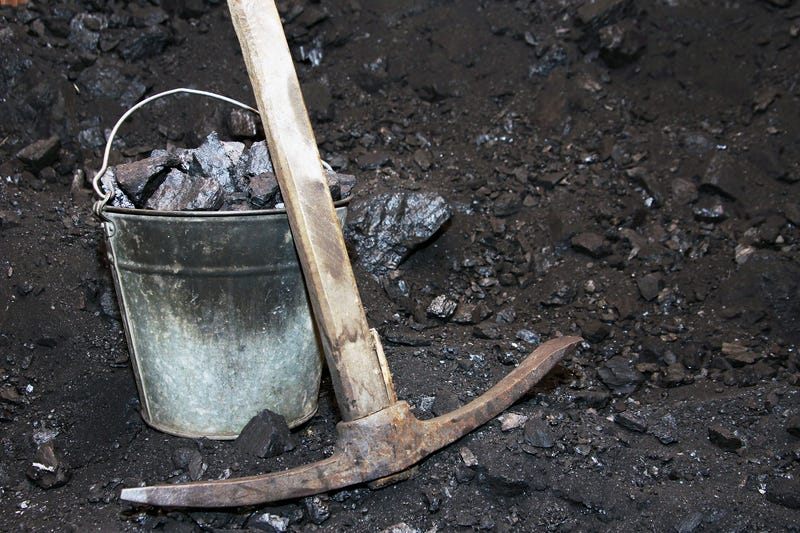 PHOENIX (1010 WINS) -- A customer is demanding that a Phoenix restaurant remove a picture that features a group of coal miners with their faces covered in soot.

The complaint surfaced in an op-ed piece for AZCentral.com.

The author, Air Force veteran Rashaad Thomas, says he told the owner of the restaurant that he found the picture offensive.

"Yet, the photograph remained on the wall. He said he would talk to the other owners and get back to me. While leaving, I asked him had he spoke with the other owners. He had not spoken with them, but mentioned Google said it's coal miners after work," he said.

I’m sorry but this is incredibly stupid: Column writer for @azcentral is offended by a historical photo of dirty coal miners because it reminds him of black face. https://t.co/bC861KJTqz

Thomas later concedes that the picture is in fact a photograph of a group of coal miners after work, but says that, "the context of the photograph is not the issue." Thomas says what matters is that he found it offensive.

"For me, the coal miners disappeared and a film honored for its artistic merit, despite being the most racist propaganda films ever, D.W. Griffith’s “Birth of a Nation” (1915) surfaces, in which white actors appeared in blackface. The white owner saw coal miners in the photograph. Therefore, it was not offensive," he wrote.

He also slammed the restaurant for 'ignoring' his concerns.

"At the downtown Phoenix restaurant, my concern that the photograph of men in blackface was a threat to me and my face and voice were ignored," he said, "A business’ photograph of men with blackened faces culturally says to me, “Whites Only.” It says people like me are not welcome."

Some on Twitter were quick to question Thomas' claims.

How can you say “you see blackface” and “it’s coal miners” in the same article. It either is or isn’t black face. It IS coal miners after work...it IS NOT blackface. This is what happens when you’re thirsty for offense https://t.co/lHOGToOxDQ via @azcentral

Thomas adds that 'art can be a trickster' and that, 'people view artwork once and subsequently see something different.'

The restaurant was not identified.