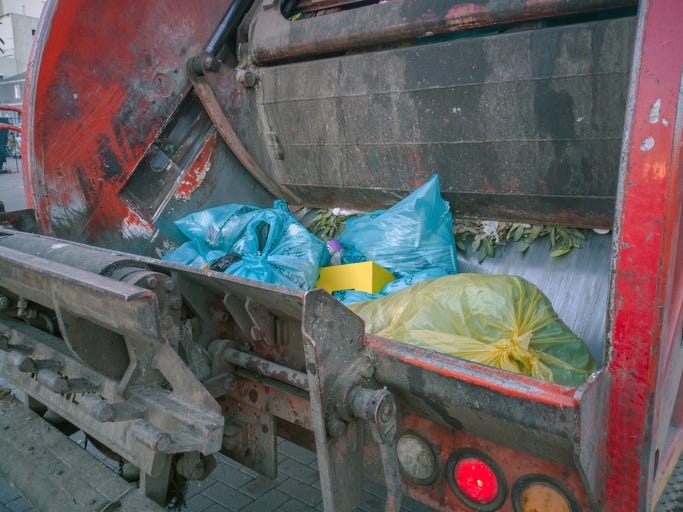 NEW YORK (1010 WINS) — A sanitation worker is being treated for injuries sustained when a discarded helium balloon tank exploded as his truck compressed it.

The tank was in a plastic bag along with other trash.

The worker, David Yen, suffered ringing-in-the-ears and wounds to his eye, neck, chest and shoulders.

This happened on 12th Street, near Seventh Avenue in Park Slope.

Harry Nespoli of the Uniformed Sanitationmen’s Association says New Yorkers need to consider the safety of sanitation workers when they dispose of their trash.

“I’m sorry to say this happens a lot out in the field,” Nespoli said, “I’m asking the public to recognize what they’re putting out in the garbage so that when our men and women come by there’s not stuff in there that could actually harm them.”