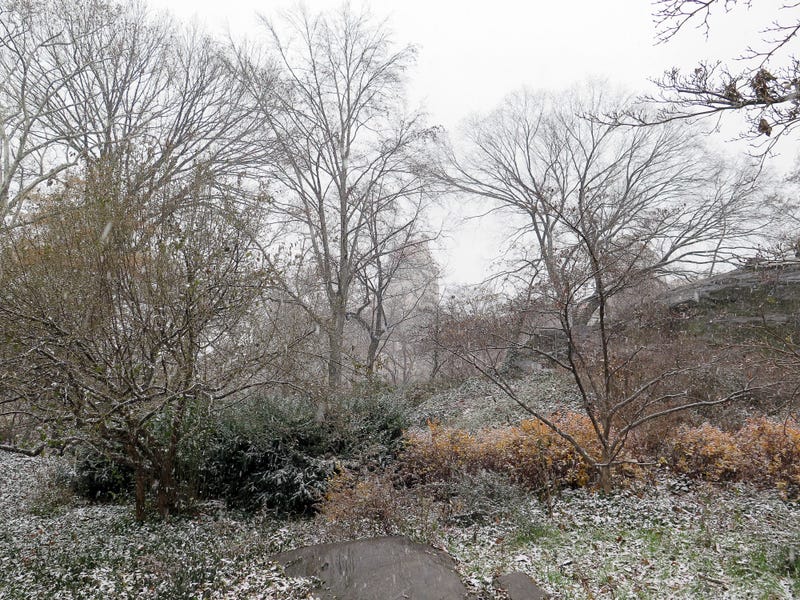 NEW YORK (1010 WINS) – Snow fell in Central Park on Saturday, tying the record for the latest snowfall of the year set more than 40 years ago.

The National Weather Service said a trace of snow was recorded in Central Park early Saturday morning. That means precipitation fell but was not measurable.

❄❄❄Snow in Central Park! In May! The Central Park Automated Surface Observing System (ASOS) recorded snow. This ties the record latest snow set on this day in 1977. pic.twitter.com/RBOHenr3ZG

The last time snow fell that late in the year in Central Park was on May 9, 1977.

Snow was also recorded at Newark, LaGuardia and JFK airports.

All 6 of our climate sites (EWR, NYC, BDR, LGA, JFK, ISP) reported a T of snow early this morning. Officially, the month of May has the exact same amount of snow as the month of February for 5 of these sites.

Islip, NY has officially had a snowier May than February. #aMAYzing

"Officially, the month of May has the exact same amount of snow as the month of February for 5 of these sites," the National Weather Service wrote.

The snow is part of a polar vortex that was forecast to bring record-low temperatures to parts of the Northeast Mother’s Day weekend.

Usually the polar vortex is a batch of cold air that stays trapped in the Arctic all winter, but a couple times during the season, it wanders south and brings bone-chilling cold and snow to Canada and parts of the United States.

Temperatures were expected to be unseasonably cold for May in the city on Saturday, with highs in the low 50s. It will feel more like the 30s and low 40s with wind gusts of 40 to 45 mph.

The low Saturday night was forecast to be around 39. The record for the date was 36 degrees, last reached in 1966.

Mother’s Day will be breezy and not nearly as cold with intervals of cloud and sunshine. Highs will be in the low 60s.