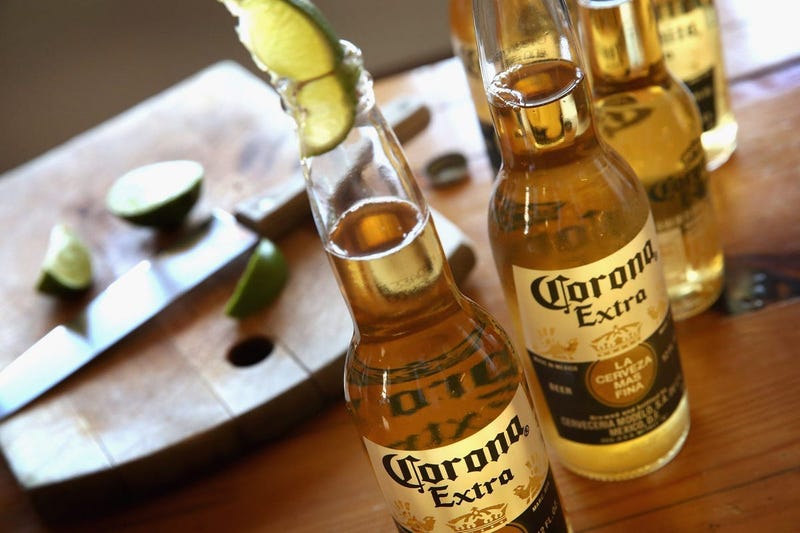 NEW YORK (1010 WINS) – A sizable swath of America’s beer-drinking set say they wouldn’t "under any circumstances" buy Corona beer amid the coronavirus outbreak.

That’s according to a new survey by 5W Public Relations, which found 38 percent of beer drinkers in the U.S. wouldn’t buy Corona because of the virus.

“There is no question that Corona beer is suffering because of the coronavirus. Could one imagine walking into a bar and saying ‘Hey, can I have a Corona?’ or ‘Pass me A Corona,’” Ronn Torossian, founder of 5WPR, said in a statement.

It's important to note that Corona beer isn't linked to the coronavirus (also called COVID-19) in any way. It's not yet known where the coronavirus originated, but some believe it jumped from wildlife to humans. Early research shows it is very similar to a virus found in horsehoe bats, according to NBC News.

“While the brand has claimed that consumers understand there's no linkage between the virus and the beer company, this is a disaster for the Corona brand. After all, what brand wants to be linked to a virus which is killing people worldwide?” Torossian said.

Corona’s YouGov buzz score, a net score that gauges negative and positive views about brands, went from a high score of 75 in January to 51 in February, according to 5W Public Relations.