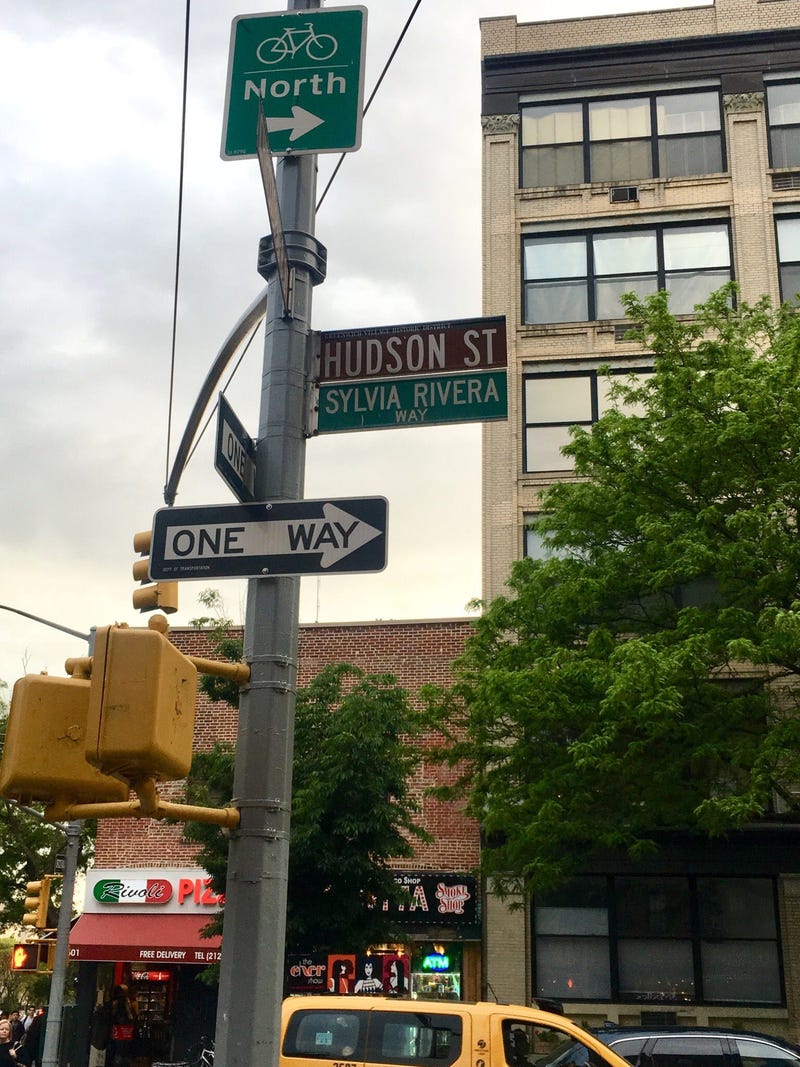 In her talk at the Lesbian and Gay Community Services Center in New York in 2001, she said, "I have been given the credit for throwing the first Molotov cocktail by many historians but I always like to correct it; I threw the second one, I did not throw the first one!"

Rivera was an LGBTQ liberation and transgender rights activist. She was also a New Yorker born in the Bronx to a Venezuelan mother and Puerto Rican father. Her father abandoned his family, her mother committed suicide when she was 3, and she was raised by her grandmother. Bullied at school and home for being gay, she ran away at the age of 10 - to hustle near Times Square. There, she found a community of other poor, Trans youth. It became her safe space but not a safe place - she and her peers were often beaten by police, and by each other.

Rivera was only 18 when the Stonewall Inn was raided. She said of that night: "You know, it was a long night of riots. It was actually very exciting because I remember howling all through the streets, “The revolution is here!” you know? Cars are being turned over, windows are being broken, fires are being set all over the place. Blood was shed. When the cops did finally get there, the reinforcements, forty five minutes later, you had the chorus line of street queens kicking up their heels, singing their famous little anthem that up to today still lives on."

From there, the work was just getting started. She helped organize and participated in numerous causes, like the Gay Liberation Front (GLF) and the Gay Activists' Alliance (GAA). In 1970, she co-founded an activist group with Marsha P. Johnson called the Street Transvestite Action Revolutionaries (STAR) to help homeless youth and Trans kids who, like her, were hustling on the streets.

In an interview with 1010 WINS, Moore spoke of Rivera fondly, “She became a very important member of our collective… we all loved Sylvia a lot and it was a tremendous experience for us to hear the stories told by Sylvia about the very early days of the gay movement and the early days of where trans people fit into the queer movement… it was a wonderful thing.”

A closer look at the legend, whose most enduring legacy lies not in riots of 1969, but institutions she built, inspired and forced to change: https://t.co/2seFmjrdqN pic.twitter.com/eClE7dcHJl

Rivera died of liver disease on February 19, 2002 at 50 years old, but her legacy lives on. She fought tirelessly for the inclusion of queer people of color and Trans people in the “mainstream movement,” as many of these organizations were white, gay and lesbian, and middle class.  For this, other activists often thought of her as a troublemaker; once she was banned from the Gay and Lesbian Community Center in New York for demanding that they take in homeless youth who were sleeping in front of their building.