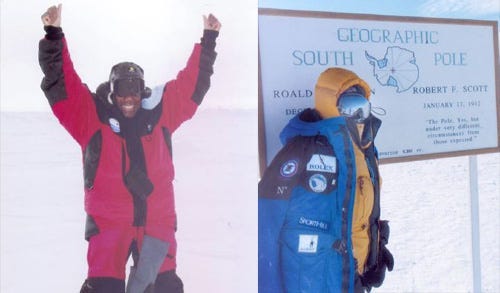 NEW YORK (1010 WINS) – Barbara Hillary, a native New Yorker and trailblazing adventurer best known for being the first African-American woman to reach the North and South poles, has died at 88.

She passed away shortly after midnight Saturday in a hospital in Far Rockaway surrounded by loved ones.

Her friend Deborah Bogosian tells 1010 WINS that Hillary's health had been in decline for several months but that she still dreamed big.

“There were still so many things she wanted to do,” Bogosian wrote to 1010 WINS.

Hillary was born on June 12, 1931 in the San Juan Hill section of Manhattan, which is now the location of Lincoln Center. She has since lived in Queens, where she founded The Peninsula Magazine, a multi-racial publication that was the first of its kind in the region.

She learn how to ski in her 70s so she could make the epic trips to the poles.