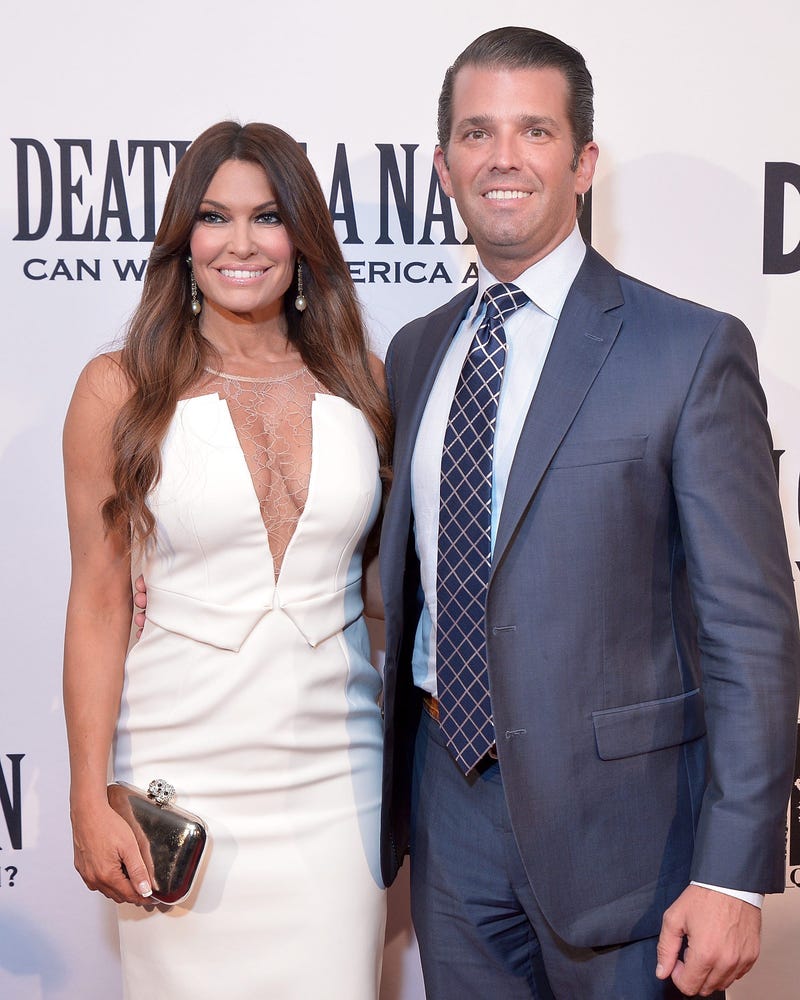 NEW YORK (1010 WINS) -- Donald Trump Jr.'s girlfriend Kimberly Guilfoyle tested positive for coronavirus on Friday in South Dakota, where she was planning to attend the president's Fourth of July celebration at Mount Rushmore.

Trump Jr. and the Fox News anchor-turned-Trump campaign fund-raiser had traveled to South Dakota earlier in the day, but they did not travel on Air Force One, The New York Times reported.

Neither has been in direct contact with the president, and she is asymptomatic, ABC News reported.

Sergio Gor, chief of staff for the Trump Victory Finance Committee, said in a statement to ABC News, "After testing positive, Kimberly was immediately isolated to limit any exposure. She’s doing well, and will be retested to ensure the diagnosis is correct since she’s asymptomatic, but as a precaution will cancel all upcoming events. Donald Trump Jr was tested negative, but as a precaution is also self isolating and is canceling all public events."