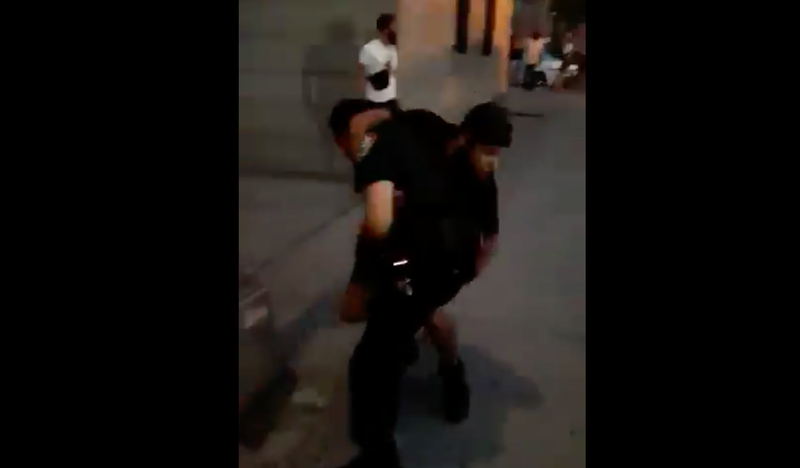 Warning: The video below contains profanity.

NEW YORK (1010 WINS) – New video shows an NYPD officer being placed in a headlock by a man police were reportedly trying to arrest in the Bronx this month.

Two officers who were trying to disperse a crowd near the Grand Concourse and Morris Avenue on July 1 were met by angry bystanders, according to the New York Post.

In the video—taken by someone in the crowd—an officer is seen struggling with the suspect before the suspect puts the officer in a headlock for several seconds.

The Sergeants Benevolent Association, an NYPD union, tweeted the video Saturday and wrote: “COREY JOHNSON your STUPID law is about to be signed by NYC STUPID Mayor it’s time you both take your community input & grab these perps yourself.”

The SBA was referring to police reform legislation passed by the City Council that Mayor Bill de Blasio is expected to sign this week. It would make police chokeholds and similar maneuvers a misdemeanor, with officers who use them facing up to a year in jail.

The officer seen in the video required staples for a gash to the head, sources told the Post.

The suspect, who reportedly has a history of arrests, walked into the 46th Precinct with his lawyer about a week after the video was taken, the sources said.