BREAKING: Ian is 5th-strongest hurricane to make landfall in US
By 1010 WINS

NEW YORK (1010 WINS) -- The Hip Hop Film Festival returns for its fourth season honoring the legacy and social impact of director John Singleton, and presenting stories from over 150 filmmakers from around the world in competition.

The four-day festival runs from Thursday, Aug. 1 to Sunday Aug. 4 at the National Black Theater in Harlem.

CR Capers, founder and CEO of the Hip Hop Film Festival, spoke to “City Views” host Sharon Barnes-Waters about this year’s event and announced the nominees for the “Best of the Fest.”

Capers reflected on how Singleton changed the game: “He put a camera and lens on social issues, hood issues, things that lower middle class to just at the poverty line folk’s experience, but not just about income disparity, but he also shined an amazing light on social justice issues. As a filmmaker his art reflected society and made people think," she said. 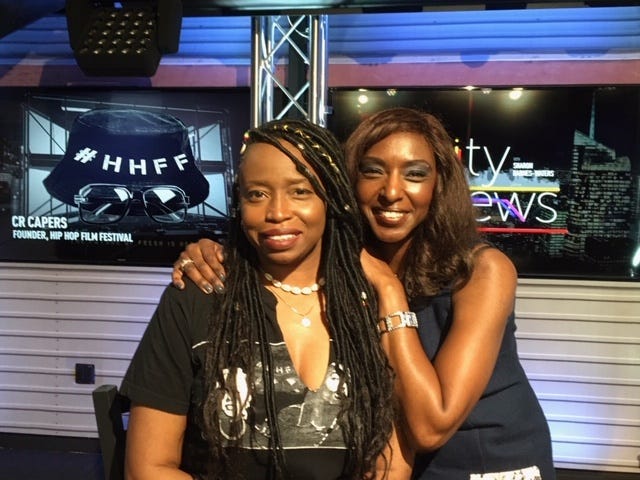 This global festival includes entries from France, Russia, West Africa, Switzerland, Canada and more. Its reach “allows us to validate the existence of the Hip Hop culture. We’ve literally taught the world how to dance” Capers said.

If you win the “Best of the Fest” category, which is considered the ‘Holy Grail,’ it means “extra bragging rights, it means they can weave their flag when they go out doing their business of film, when their out promoting and raising funds for their next film,” Capers explained.

This is not a regular festival, but one that teaches filmmakers what they need to do to be successful. “We want to teach our filmmakers the importance of owning their own content and marketing and distribution. Having a business plan from the minute you start writing that script is imperative,” she said.

Capers said they will “take over and run the entire block, from 125th Street to 126th Street & 5th Avenue for these 4 days ‘Fresh’ events.”

To get more information on the HHFF visit its website https://hiphopfilmfestival.org/

1010 WINS is a Media Partner of the Hip Hop Film Festival.

The Killing of the 5th Element

Shadows In The Box

Best of the Fest – International

1 World Under The Groove

BEST OF THE FEST