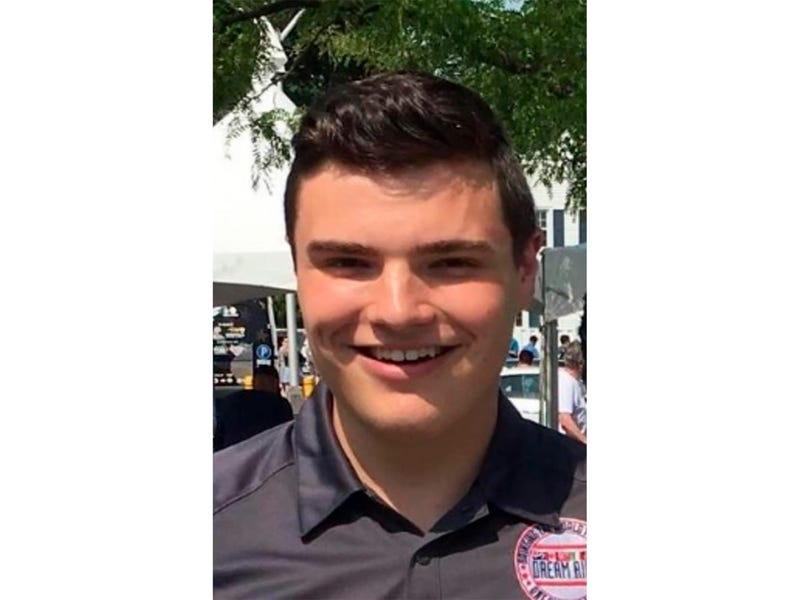 WILLINGTON, Conn. (1010 WINS) — A woman who said she was abducted by a college student suspected of killing two people in Connecticut has been found safe in New Jersey on Monday, police said.

The 23-year-old woman, whose boyfriend was found shot to death Sunday at a home in Derby, Connecticut, was located at a rest stop near Paterson, New Jersey, with her 2016 Volkswagen Jetta.

The woman told police that suspect Peter Manfredonia, 23, took her from the residence against her will, using her vehicle as a getaway car.

Manfredonia, who is also suspected of killing a 62-year-old man and assaulting another man Friday in Willington, Connecticut, was last seen Sunday walking along railroad tracks in East Stroudsburg, Pennsylvania.

Manfredonia is believed to be armed with several guns stolen during a home invasion. Paterson is about a 90-minute drive from Derby. East Stroudsburg is about an hour farther west on Interstate 80.

Manfredonia, a University of Connecticut senior from Sandy Hook, is suspected of killing 62-year-old Ted DeMers and assaulting another man, possibly with a sword or machete, in Willington on

Friday after they found Manfredonia walking along a road and offered him a ride back to his motorcycle.

The second victim, Nicholas Eisele, was found dead at his home Sunday. State police described him as an acquaintance of Manfredonia. Earlier on Sunday, a Willington man reported being held against his will by Manfredonia, who then left with food, several guns, and the man's truck, which was later found abandoned.

Authorities said he was last seen wearing a gray shirt and gray pants in the Pennsylvania town of East Stroudsburg, authorities said.