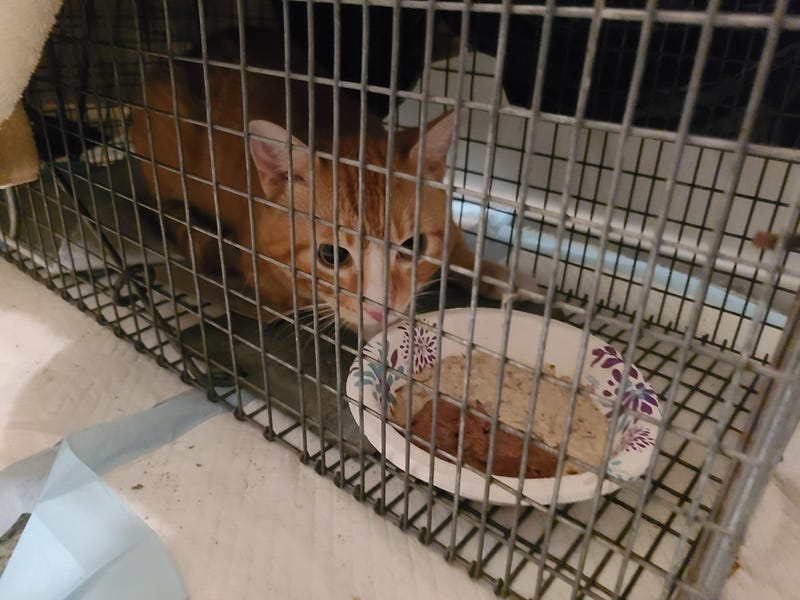 1010 WINS (New York) If truth be told, I haven’t taken an actual vacation since 2007. That was the year I visited my sister for a week in Paris. She lives there. It was fun. There was no carb left behind and I saw the Mona Lisa. The painting was a lot smaller than I expected. She is definitely smiling.

I generally take vacation in individual days, usually to work on a video for my AllForAnimalsTV blog or for an acting role. But this year I decided to take a whole week at once. Between the stress from stay-at-home pandemic life, my cat Louie dying suddenly from complications from lung cancer surgery, and frankly the news (which is enough to make any of us want to crawl under a rock), I needed a break. 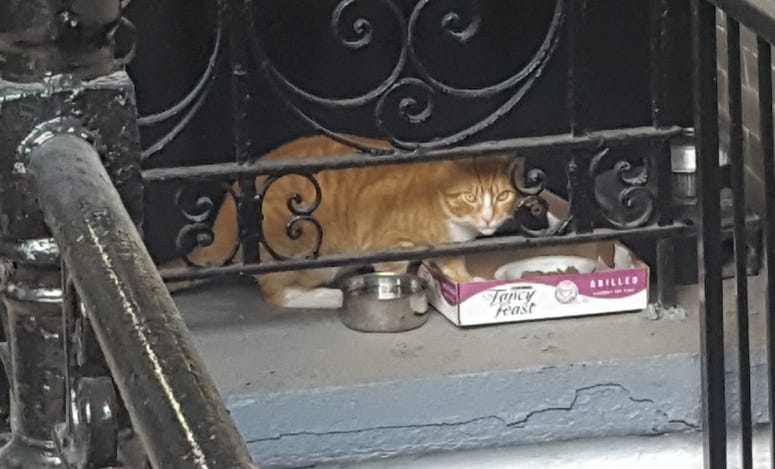 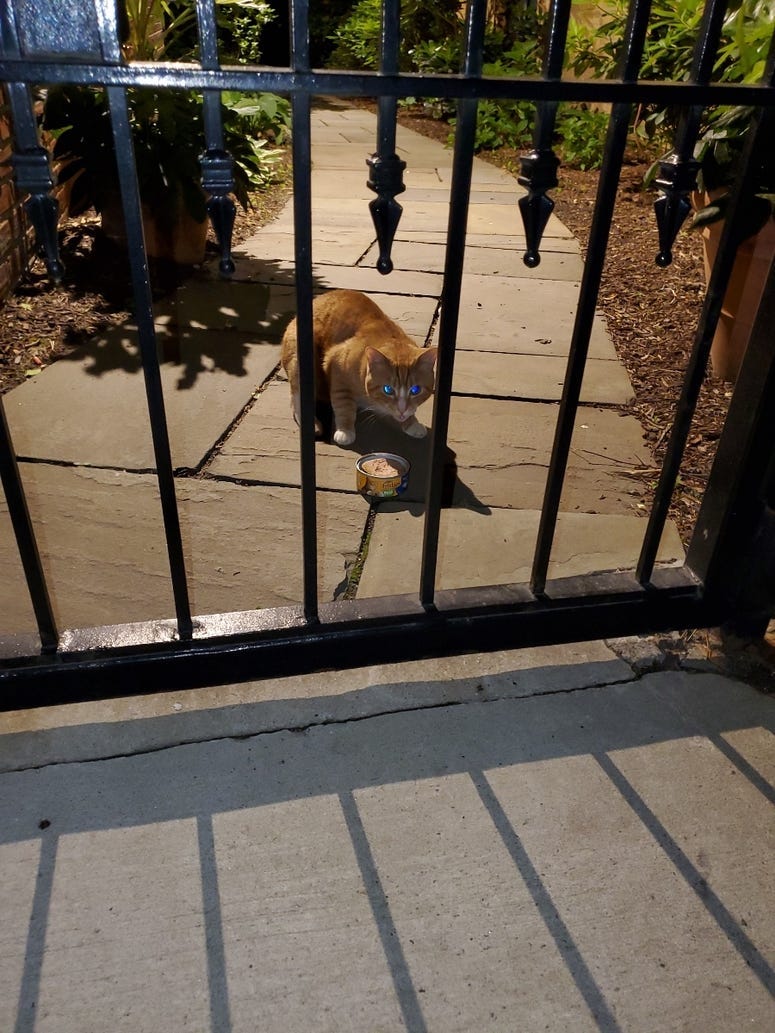 The orange boy on my block was a mystery. He seemed to be in very good shape and wasn’t put off by humans, but he wasn’t letting anyone touch him. He never hissed and did vocalize, but it seemed to be more of a mating call common to unneutered males.  I named him Goose, after Captain Marvel’s orange cat. My super approved. 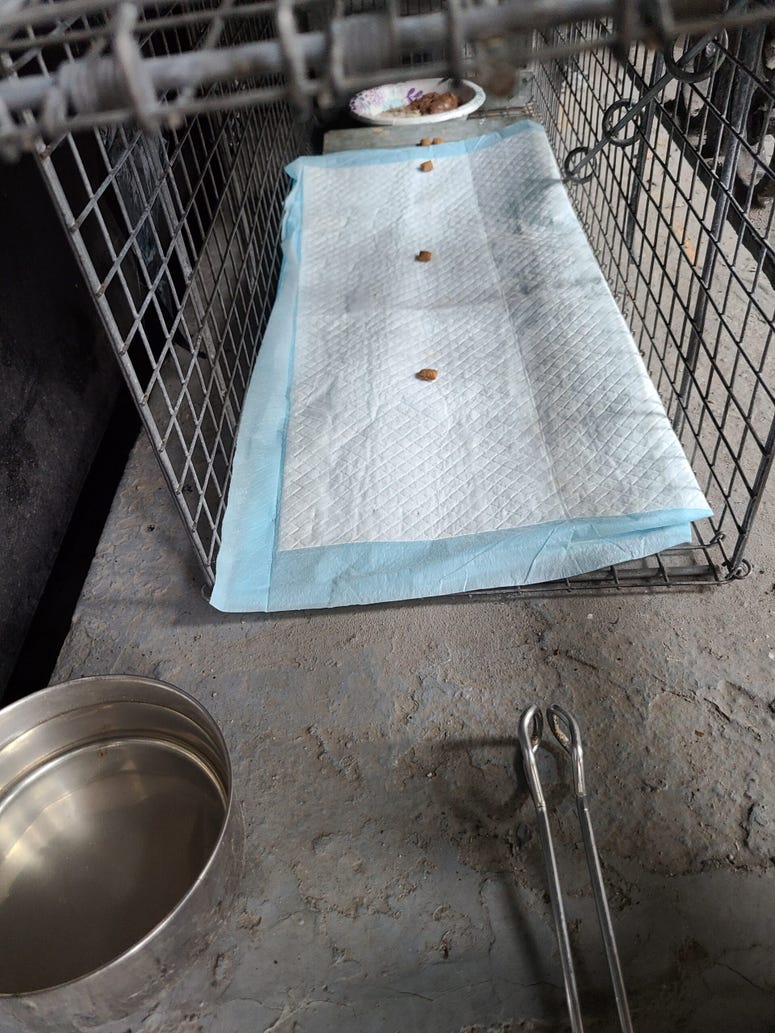 On the flipside, if he was friendly, he’d need to get along with my three cats, and if not, a foster home or shelter would need to be lined up. There was also the fact that he’d first need to be humanely trapped, which is a project in itself. I wasn’t about to do this all alone.

So, the daily feeding continued.  I actually didn’t see him most days but could tell he’d been eating.

Cut to July, when my neighbor mentioned that there was a long thread about him on the website NextDoor.com. She also said someone had called the NYC Feral Cat Initiative. While I didn’t really want to join yet another social media site, I wanted to know what was going on.  Having blogged about the NYC animal rescue scene for eleven years, I know the folks at NYCFCI. In fact, earlier this year I posted an AllForAnimalsTV video about the Mayor’s Alliance for NYC’s Animals having transitioned FCI to Bideawee. 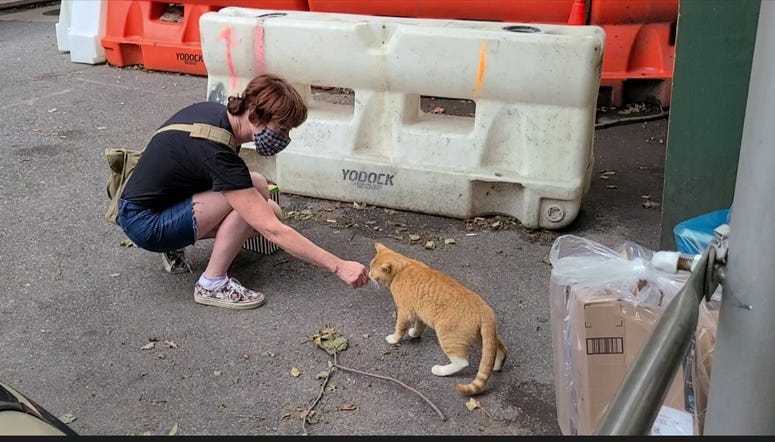 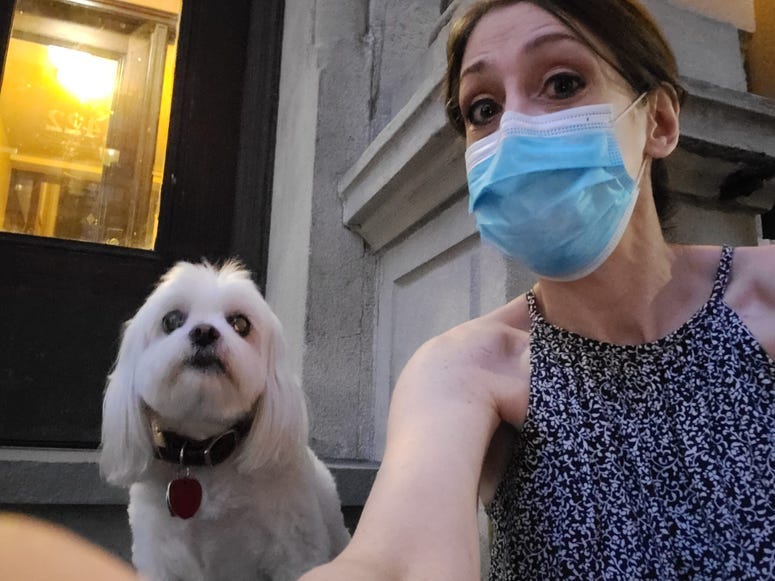 With all that in place, it was all systems go.

So…. What happened? Well, now you need to watch the video to find out! (Hint: Goose has his own website and Instagram.) 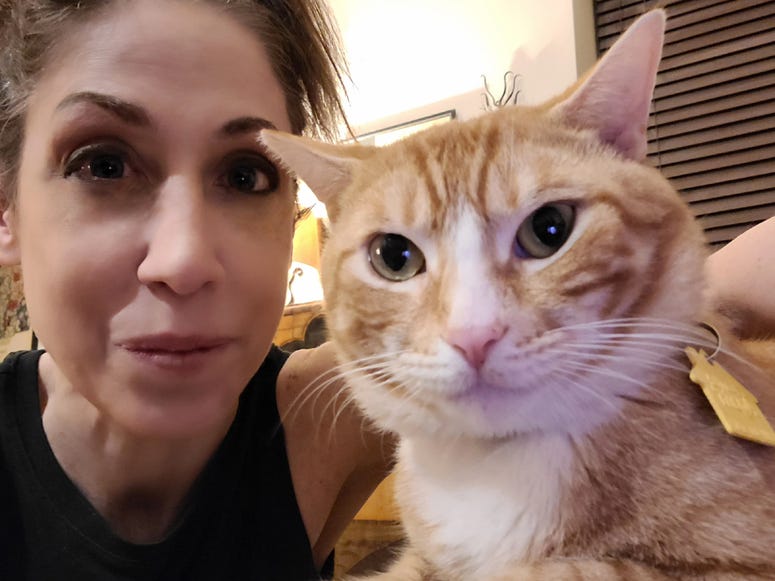 To learn more about helping Community Cats in your neighborhood, please visit NYCFeralCat.org.