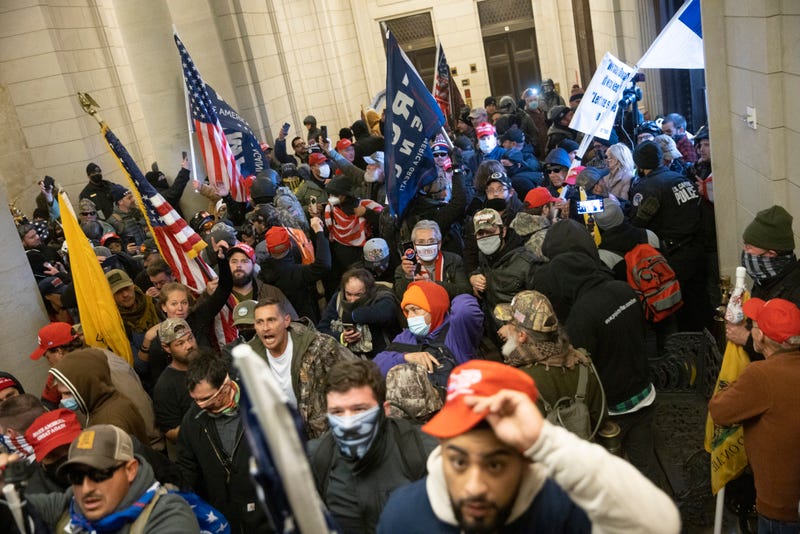 HUNTINGTON, N.Y. (1010 WINS) — Two men from Cold Spring Harbor were arrested last week for breaking into the Capitol Building during the Jan. 6 riots, according to a recently unsealed federal criminal complaint obtained by Newsday.

Jon Lizak, 21, first appeared in court on Sept. 15, whereas Thomas Carey, 21, was arrested on Tuesday.

The defendants met online through a group called America First that espouses “a belief that they are defending against the demographic and cultural changes in America,” according to court documents.

They reportedly met with four other men in Washington D.C., where they participated in the riot, entered the rotunda and broke into House Speaker Nancy Pelosi’s office.

The FBI was able to identify them through surveillance footage, videos posted online and cell phone data.

Lizak and Carey allegedly watched as other members of their group attacked a Capitol police officer with a metal barricade and destroyed news equipment.

Lizak is president of the Binghamton University College Republicans, according to his LinkedIn account.

Lizak was released on bond after his Sept. 15 Brooklyn federal court appearance.

“On Jan. 6, Jon was a 19-year-old college student. He is not charged with an act of violence or with damaging any property. He is simply charged with the misdemeanor act of being present,” Lizak’s attorney told Newday in a statement. 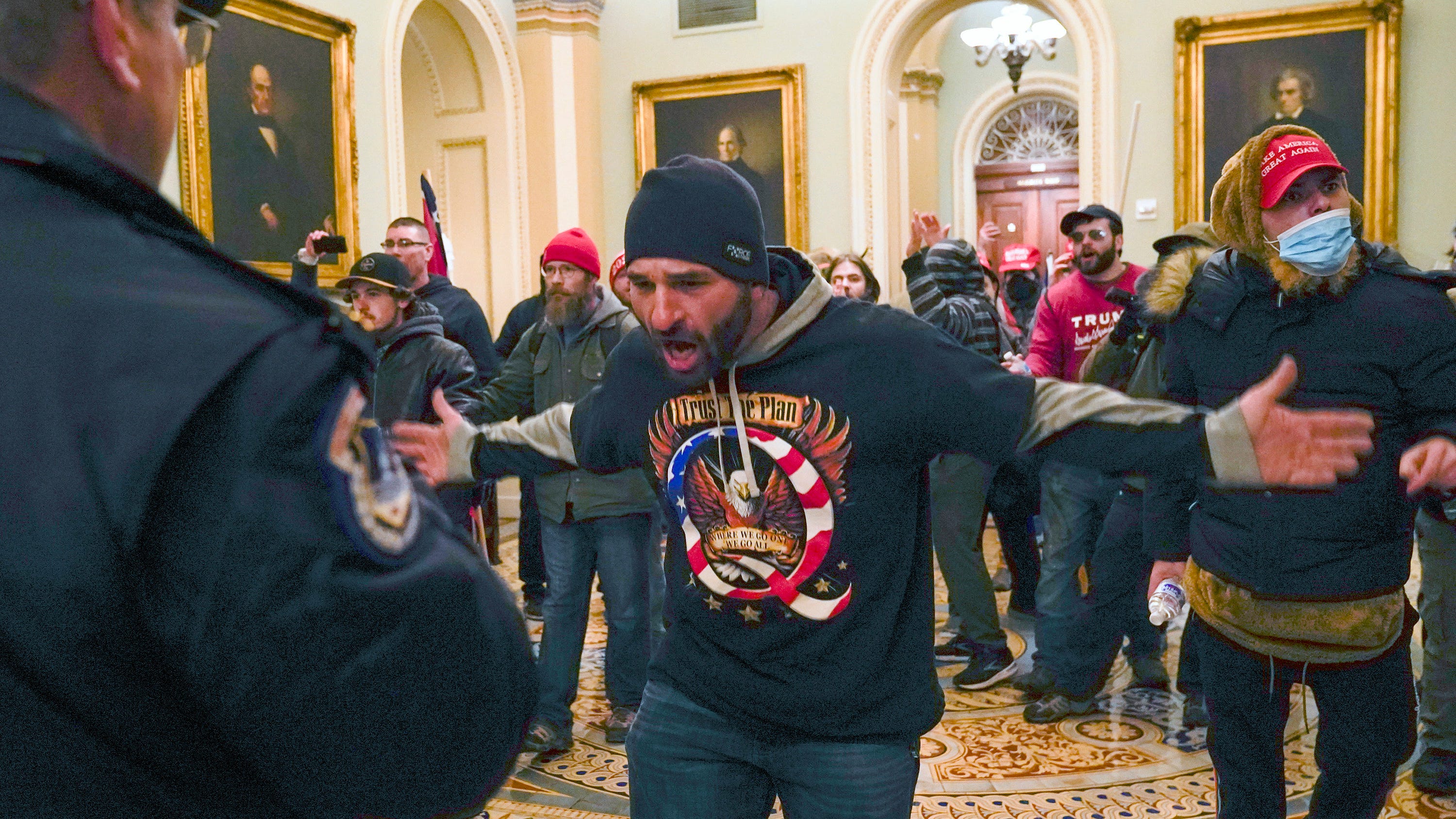 Trial opens for QAnon follower who chased officer at Capitol