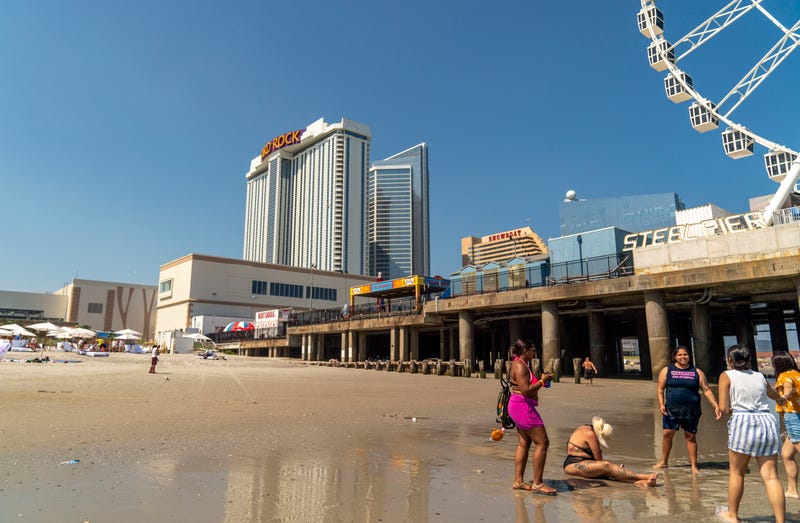 Caesars Entertainment, which owns Caesars, Harrah’s and Tropicana, struck a deal with the union around 11 p.m. on Thursday, just an hour before a looming strike deadline.

The Hard Rock, which had a strike deadline set for Sunday night, reached a deal Saturday afternoon.

The contract avoids a strike on July 4th weekend, one of the busiest times of year for Atlantic City’s hospitality and casino industries.

“The Fourth of July holiday weekend historically marks the beginning of our busiest season,” said Caesars Entertainment in a statement. “We are optimistic, knowing we go into it with a landmark agreement clearly demonstrating our commitment to reinvest in our valued team members and ensuring we are poised to deliver extraordinary service and experiences for the 2022 summer season.”

The terms of the contract still need to be ratified by union members, but leadership said the deal includes raises which were a sticking point in negotiation.

“This is the best contract we’ve ever had,” union president Bob McDevitt told the Associated Press. “We got everything we wanted and everything we needed. The workers delivered a contract that they can be proud of for years to come.”

The union was seeking wage increases for workers to keep pace with inflation and an increase of the minimum wage at the casinos from $13 an hour to $18 an hour.

The exact amounts have not yet been made public yet pending approval from membership.

Only two smaller casinos, Resorts and the Golden Nugget, are still negotiating. The union is hoping deals with the holdouts’ larger counterparts will ratchet up pressure for favorable contracts at these casinos too. Labor board takes Starbucks to court over alleged violations