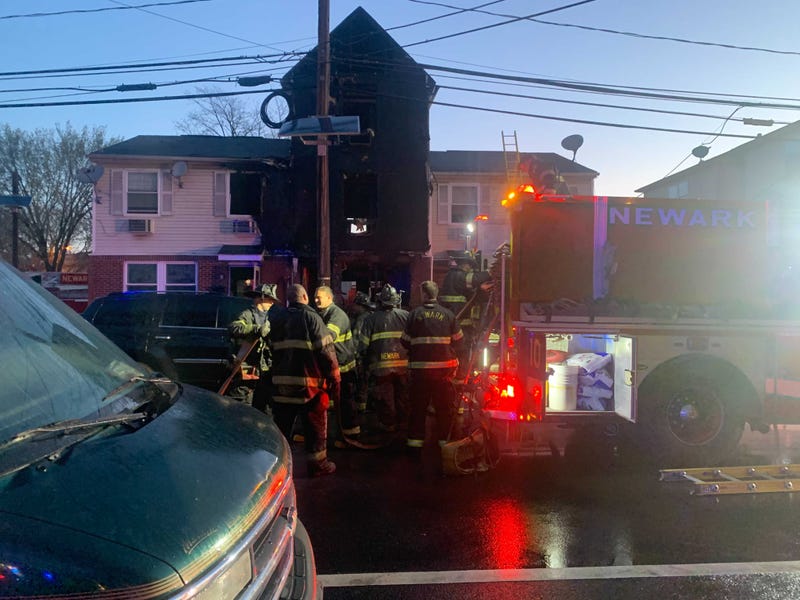 NEWARK (1010 WINS) – A young boy was killed in a fire at a Newark townhouse that injured five other people, including children, on Thursday morning, officials said.

The fire broke out at the three-story townhouse on Astor Street, near Pennsylvania Avenue, just before 5 a.m. before spreading to adjacent homes, according to officials.

A 7-year-old boy was killed and two adults and three children—were injured, officials said. They were taken to University Hospital for treatment.

Deadly fire in #Newark early this morning. Neighbors say a father came running into their apt crying “my son.” They believe that boy is now dead. 📹 Andre Hepburn #1010WINS pic.twitter.com/uEydig4aUt

One family told 1010 WINS they were woken by the father of the boy, who came out of his apartment crying for his son.

When they got outside, the family said flames were shooting out of the building.

Officials said the boy's father attempted to re-enter the building via the roof and was rescued by Newark firefighters. The boy's body was found on the third floor.

The fire was brought under control at 5:15 a.m. Three adults and four children are being relocated.

The cause of the fire is under investigation. The Essex County Prosecutors Office is on the scene.