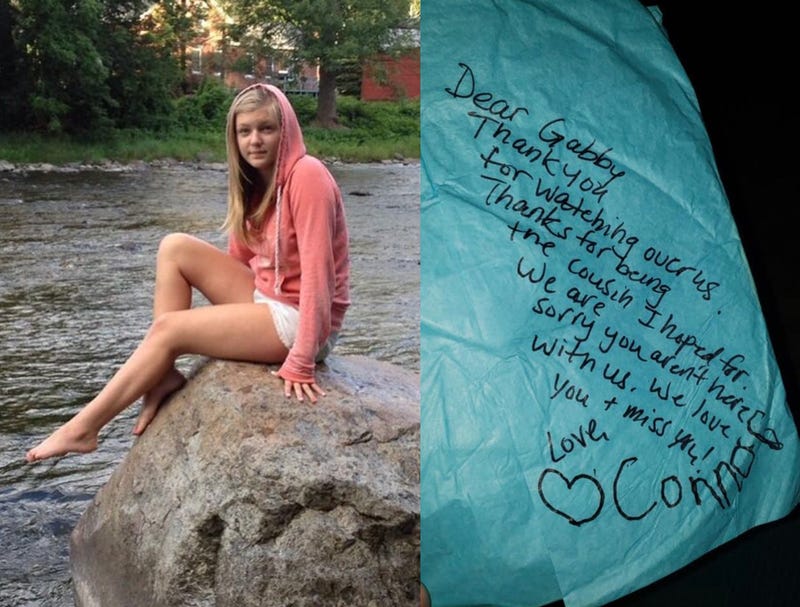 NEW YORK (1010 WINS) – Brian Laundrie’s family is grieving together at an unknown location in Florida on Monday, a day after the 23-year-old’s father told news reporters, “let me grieve.” Last week, remains found at the Carlton Reserve in Sarasota County were confirmed to be those of Brian. His remains will be cremated, and no funeral service will be held for him, the family’s lawyer said.

"Family and friends lit up the sky for Gabby in a beautiful memorial last night. Her 6 year old cousin, Connor, sent her a beautiful message. Love you forever!" she tweeted.

Family and friends lit up the sky for Gabby in a beautiful memorial last night. Her 6 year old cousin, Connor, sent her a beautiful message. ❤️❤️ Love you forever! pic.twitter.com/FroOZcGE3J

One of the pictures posted shows Connor’s tribute, which said, “Dear Gabby, thank you for watching over us. Thanks for being the cousin I hoped for. We are sorry you aren’t here with us. We love you + miss you! Love, Connor.” 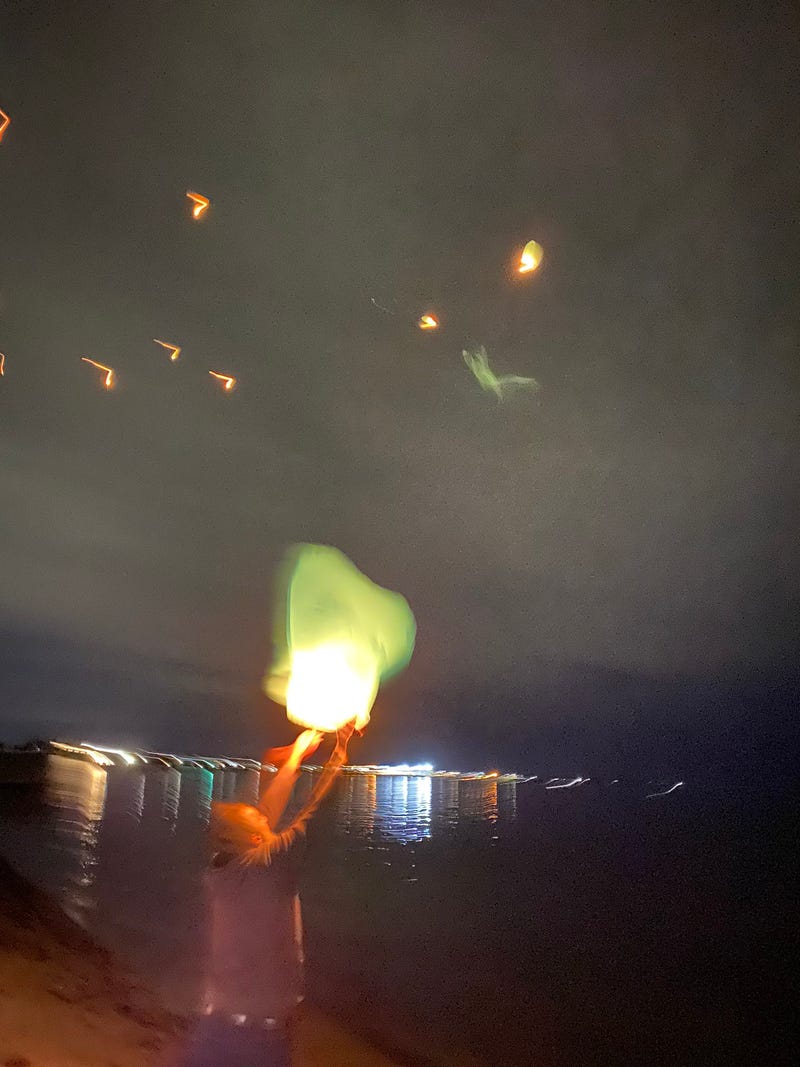 7 p.m., Oct. 25: NOTEBOOK SALVAGEABLE, POLICE EXPLAIN WHY THEY THOUGHT THEY KNEW WHERE BRIAN WAS

Taylor told Fox News Digital that the notebook found near Laundrie's remains at Myakkahatchee Creek Environmental Park could be salvageable.

"It appears it may be salvageable. That really is a question for FBI though,"said Taylor.

Taylor also told NewsNation Now's Brian Entin what led the department to say they knew Laundrie's location in mid-September, when in fact they didn't.

1/2
North Port Police PIO Josh Taylor says officers thought they saw Brian Laundrie coming home in the Mustang Wednesday Sept. 15 -- but it was actually his mom Roberta. Taylor tells me because Roberta was wearing a baseball cap, officers were confused and made the mistake.

2/2
Taylor says this is why the police chief said on Thursday Sept 16th that he knew where Brian Laundrie was, when in fact he didn't.

Taylor told Entin that officers thought they saw Brian coming home Sept. 15 in a Ford Mustang, but it ended up being his mom Roberta. Taylor said because Roberta was wearing a hat, officers were confused, which led to North Port police saying the next day that they knew Brian's location.

Brian Laundrie’s family is mourning at an undisclosed location in Florida after his parents left their North Port home on Sunday.

According to Fox News, Brian’s parents, Chris and Roberta, left their house Sunday to meet their adult daughter, Cassie, and her husband.

Brian Laundrie’s father, Chris, told a news crew on Sunday to “let me grieve” as he and his wife, Roberta, left their North Port, Florida, home for the first time since remains found in the Carlton Reserve were identified as their 23-year-old son.

“Please let me grieve with my family,” Chris told reporters as he and Roberta drove somewhere in their red pickup truck, according to the Daily Mail.

The couple is said to have left their house just before 10 a.m. It wasn’t known where they were headed.

On Saturday, Chris put up “no trespassing” signs outside the family’s home, where protesters and members of the news media have been a regular sight for weeks.

Chris Laundrie put up new “no trespassing signs” this morning.

While getting his mail, a photographer told Chris, “I’m sorry for your loss,” and Chris thanked him. He has also picked up several flower deliveries. pic.twitter.com/XagG7J4Eis

Brian Laundrie’s family will cremate his remains, and they are not planning to hold a funeral service for him, their attorney, Steven Bertolino, told CNN on Sunday.

“Brian Laundrie's autopsy has not provided a manner or cause of death and his remains are now being transferred to an anthropologist,” Bertolino said.

Bertolino revealed for the first time that Brian’s remains will be cremated after they’re examined and that the family will not have a funeral service for the 23-year-old, who was a person of interest in the disappearance of his fiancée, Gabby Petito.

According to TMZ, Brian’s cremated remains will be given to his parents, Chris and Roberta.

Last Thursday, the FBI confirmed that remains found in the Carlton Reserve in Sarasota County, Florida, were those of Brian. A notebook and backpack belonging to him were also found in the park, the FBI said. The area where they were found had been underwater during previous searches.

Last month, remains found at a dispersed camping area in Wyoming were confirmed to be Gabby’s. Authorities later announced that she’d been strangled to death.

It’s unclear when or where the tribute took place, but the photo appears to show floating lanterns being released into the air near a body of water.

“Lighting up the sky for you gabs! Love you forever!” TJ wrote. 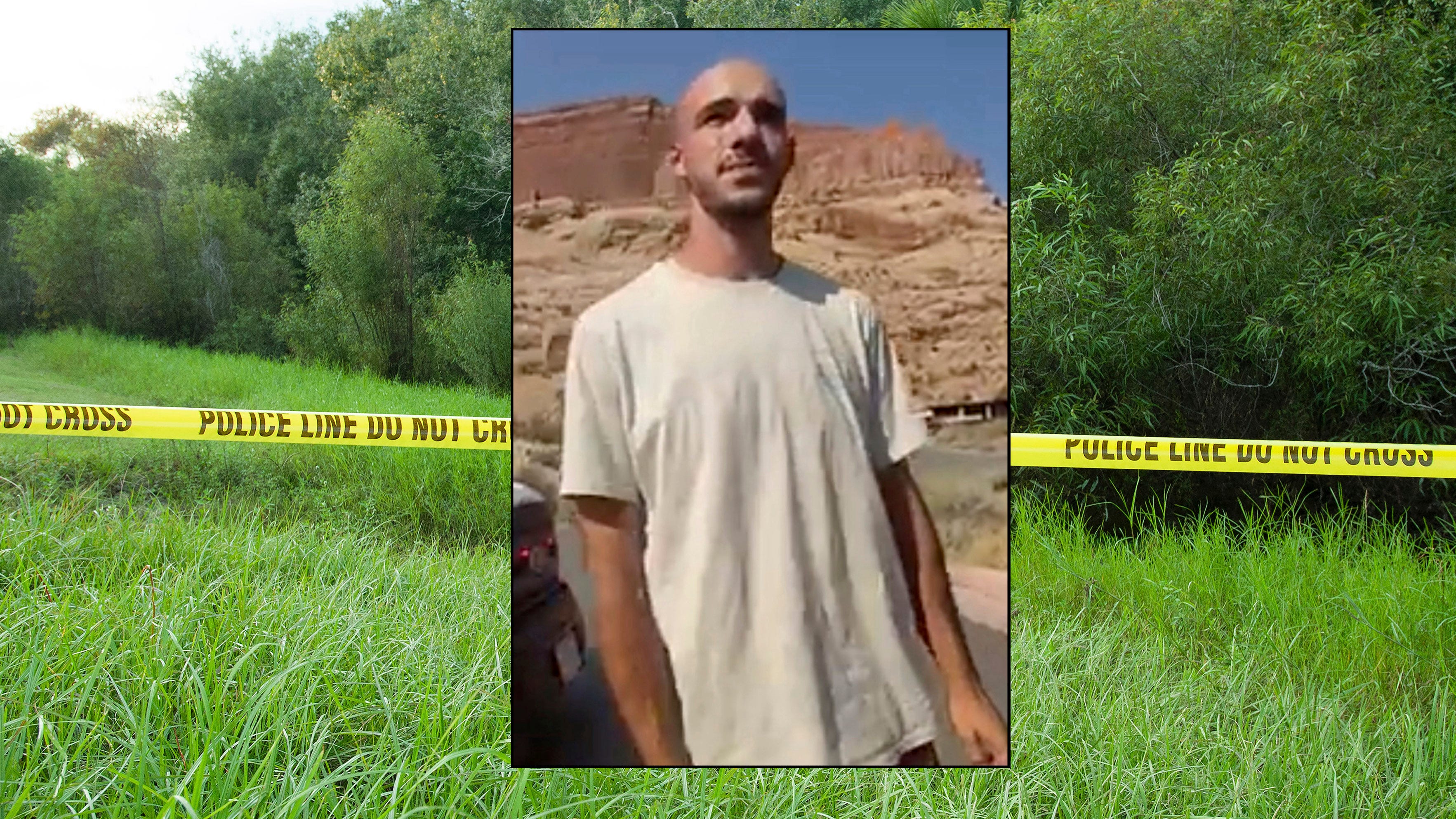