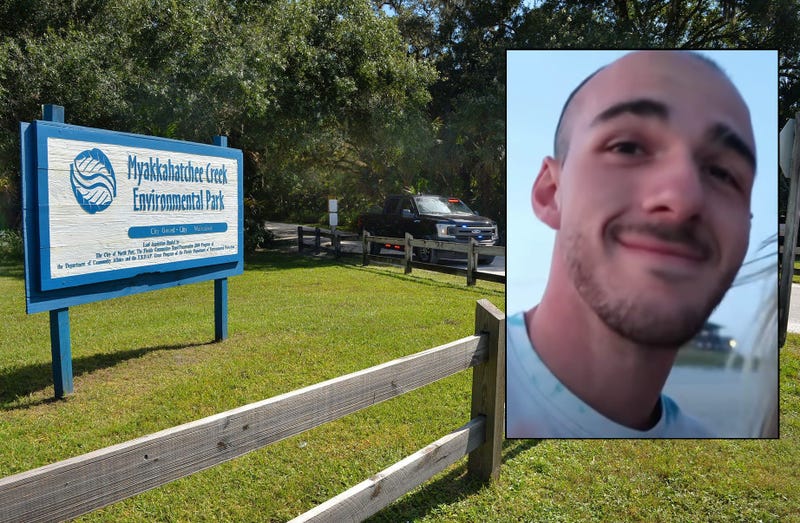 NEW YORK (1010 WINS) – The search for Brian Laundrie has come to an end after the FBI confirmed the remains found at a Florida park Wednesday were those of Gabby Petito's ex-fiancé, over a month after Laundrie was reported missing.

Petito was reported missing on Sept. 11 and her body was found in Grand Teton National Park on Sept. 19. Her confirmed cause of death was homicide by strangulation.

Laundrie returned home to North Port, Florida on Sept. 1 without Gabby and was later named a person of interest in her death.

Laundrie's remains were located within a Florida park Wednesday while his parents aided authorities in the search. The remains were found near personal items of Brian's.

The FBI has confirmed that the remains found at Florida's Carlton Reserve Wednesday are those of Brian Laundrie.

#UPDATE: On October 21, 2021, a comparison of dental records confirmed that the human remains found at the T. Mabry Carlton, Jr. Memorial Reserve and Myakkahatchee Creek Environmental Park are those of Brian Laundrie. @FBITampa pic.twitter.com/ZnzbXiibTM

"On October 21, 2021, a comparison of dental records confirmed that the human remains found at the T. Mabry Carlton, Jr. Memorial Reserve and Myakkahatchee Creek Environmental Park are those of Brian Laundrie," FBI Denver tweeted Thursday.

The remains were found Wednesday near personal items belonging to Laundrie, including a notebook and backpack.

Laundrie attorney Steven Bertolino said in a statement, "Chris and Roberta Laundrie have been informed that the remains found yesterday in the reserve are indeed Brian’s. We have no further comment at this time and we ask that you respect the Laundrie’s privacy at this time."

A portion of a skull was reportedly found with other skeletal remains near Brian Laundrie's belongings.

Sources told NBC New York, "A portion of a skull was found with other skeletal remains near the spot where police found Brian Laundrie’s backpack and notebook. Still waiting for medical examiner to identify remains."

#Breaking Sources tell @NBCNews that a portion of a skull was found with other skeletal remains near the spot where police found #Brian Laundrie’s backpack and notebook. Still waiting for medical examiner to identify remains. #nbc4ny

A Florida medical examiner confirmed Thursday that the remains found in a Florida park near Brian Laundrie's personal items are human.

A spokesperson for Medical Examiner Dr. Russell Vega confirmed Thursday that the remains were indeed human after the FBI said it was what "appeared to be human remains" on Wednesday.

Vega told WESH Thursday that his team is "currently working on the remains ... I don’t know when the ID process will be complete."

We have learned the remains found in the Carlton Reserve were "skeletal remains."
"Bones."

"We have learned the remains found in the Carlton Reserve were 'skeletal remains.' 'Bones.'" Entin tweeted.

Unmarked police vehicles accompanied a truck from Florida Gulf Coast University's Forensic Anthropology division and another from Archeological Consultants Inc. were spotted driving into park Thursday, according to the Sarasota Herald-Tribune. The two units specialize in bone analysis.

The Sarasota County medical examiner said he doesn't expect to have an identification Thursday for remains that were discovered Wednesday in Florida's Myakkahatchee Creek Environmental Park.

The remains, which are believed to be human, were found near items belonging to Brian Laundrie, including a notebook and backpack.

The Laundrie family attorney, Steven Bertolino, has said the "probability is high" that the remains are Brian's.

The Long Island–based attorney for Brian Laundrie’s family, Steven Bertolino, told WCBS 880 that the remains found in a Florida park on Wednesday are likely those of the 23-year-old fugitive as he defended the family’s actions in recent weeks and said they are not facing charges.

“Brian’s possessions were found along with some remains in an area of the reserve that we believe he has frequented. The probability is high that they’re Brian’s,” Bertolino told reporter Sophia Hall.

Bertolino, whose office is in Suffolk County, has known the Laundrie family for over 20 years.

He said there’s a reason Brian’s parents, Chris and Roberta Laundrie, have stayed silent—because he told them not to say a word, including to Gabby Petito’s family and the public.

“The Laundries have been excellent clients in remaining silent,” he said.

Bertolino said he has seen the chatter on social media, including that the Laundries are facing charges and unproven claims that they planted evidence at the Florida nature park where items belonging to Brian were found Wednesday along with unidentified remains believed to be human. Bertolino said the claims are not true.

“Law enforcement fortunately showed up. They accompanied the parents into the reserve. They know firsthand how that played out moment by moment yesterday morning. Fortunately, it was recorded on video. So the press hounding the Laundries and following them absolutely turned out to be a good thing,” Bertolino said.

He said the family has cooperated with law enforcement and that they are not facing any charges.

“I’m not quite sure where that’s coming from. I know of no pending or proposed charges,” Bertolino said.

Neither Marceno nor Garrison gave any new information during the short press conference at Myakkahatchee Creek Environmental Park, prompting one reporter to ask, “What was the point of that?”

During the briefing, Marceno and Garrison thanked their law enforcement partners, saying they were “one team and one family” in the search for Brian Laundrie over the past month.

“It’s challenging times. I know everybody wants to know exactly what’s going on every second possible. All of America is watching. But we’ll never jeopardize an investigation and give that information out until the time is right,” Marceno said.

He said searching the nature park was challenging and that “these are very, very difficult conditions.”

“You’re searching in areas where you can’t just walk up and look. It’s not like you’re searching a house or a car. These areas are huge and they’re covered by water,” Marceno said.

Lee County Sheriff Carmine Marceno just stopped by the Myakkahatchee Creek Environmental Park. He said he would be back to talk with us soon.. here’s what he had to say for now:
@wfla pic.twitter.com/keG3Oiayui

It’s unclear exactly when Marceno will give the update or what he'll speak about. While the park is in Sarasota County, law enforcement from nearby Lee County has been assisting local authorities, he said.

“We are actively involved with them, as we’ve been since day one, deploying resources, all different drones and everything we can do to help. It’s one family, one team,” Marceno said.

The FBI said possible human remains, as well as items belonging to Brian Laundrie, were found in the 160-acre park on Wednesday. The Sarasota County Medical Examiner's Office is working to identify those remains.

Federal law enforcement returned Thursday to Florida's Myakkahatchee Creek Environmental Park, which abuts the much larger Carlton Reserve that authorities have been searching for weeks.

Potential human remains were found in the park Wednesday, along with items belonging to Brian Laundrie that include a backpack and notebook. The Laundrie family home is just a short drive away from the park.

Asked about how long it would take to identify the newly discovered remains, the Sarasota County Medical Examiner's Office said: “With luck it could be a day or two, but it could also be longer.”

More FBI and canine units arriving at the reserve. I’ll be live on Morning in America on NewsNation. pic.twitter.com/D47MdF8UBC

Former NYPD Chief of Detectives Robert Boyce told WABC that the events leading up to the discovery of possible human remains—and items belonging to Brian Laundrie—at a Florida park are “quite strange.”

Laundrie’s parents, Chris and Roberta, were involved in a search of the Myakkahatchee Creek Environmental Park on Wednesday morning as the remains and their son's items were found.

"There are just too many strange turns that Chris and Roberta Laundrie haven't been involved in it to not believe that something is amiss here," Boyce said.

"The day the park reopens, they go into this specific area ... they go to this exact spot and they find the backpack and they identify the backpack from what I understand and the notebook in this particular area, so it's quite strange," the former police chief said.

"So, they go to this one location, this remote location where it's a path where people go by ... and they're being told by the FBI agent that all of a sudden we found something, we found the remains ... so there's a lot of things here that don't add up to coincidence, so you wonder how they got there and what they knew all along," Boyce said.

The Laundrie’s attorney, Steven Bertolino, said the FBI and police had been informed beforehand about the Laundrie parents’ intentions to search the park Wednesday and had met them there in the morning.

At a news conference Wednesday, Michael McPherson, chief of the Tampa FBI office, noted that the area where the “personal items” of Laundrie were found “up until recently had been underwater.”

“Law enforcement is conducting a more thorough investigation of that area,” McPherson said.

The 160-acre Myakkahatchee Creek Environmental Park is where Laundrie’s Ford Mustang was found after his parents said he drove there for a hike and then disappeared on Sept. 13. 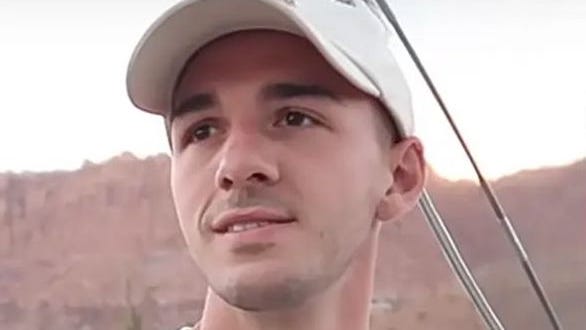 GABBY PETITO: Laundrie lawyer says, 'The probability is strong that it is Brian’s remains'