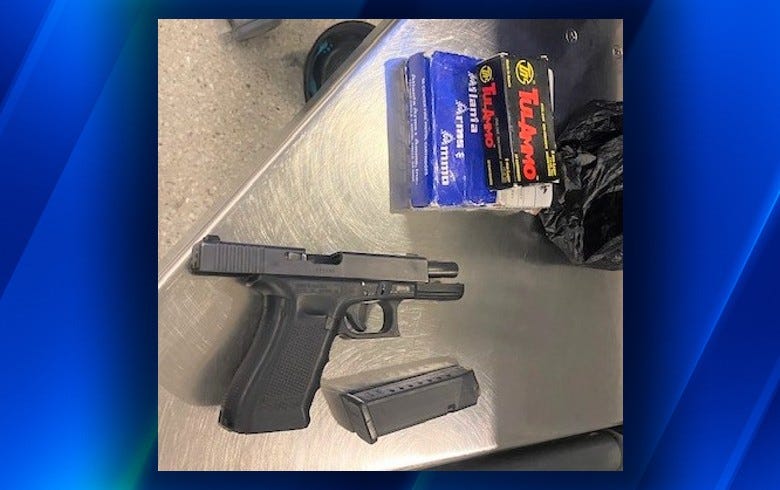 NEWARK, N.J. (WCBS 880) — A Georgia man was arrested Monday after he was caught with a stolen, loaded handgun and boxes of ammunition inside his carry-on at Newark Liberty International Airport.

According to Transportation Security Administration officials, the man was stopped after an agent spotted the weapon on an X-ray monitor.

The TSA agent immediately alerted Port Authority Police, who came to take possession of the weapon and inspect the contents of the bag.

When the traveler realized one of his bags had triggered an alarm and was going to be inspected, he fled the checkpoint with his other items in the direction of his flight’s gate, according to the TSA.

Police arrest man after @TSA catches him with a stolen handgun at @EWRairport checkpoint yesterday. He tried to walk away and pretend like it wasn't his carry-on bag. Really dude?! Details here: https://t.co/lS8tpD3kps pic.twitter.com/VFlHJzIYow

A TSA supervisor and Port Authority officer followed him and “kept a constant visual on him” until police arrived at the gate, officials said.

The man was escorted back to the checkpoint, where he was then placed under arrest.

Officials said after checking the firearm, they learned it had been reported as stolen in Georgia.

“This individual knew he had a loaded gun with him and realized that he would be questioned by police, so he tried to distance himself from the carry-on bag and its contents by walking away,” said Thomas Carter, TSA’s Federal Security Director for New Jersey.

“It turns out that the man has an extensive criminal record, and the gun was reported as having been stolen. This was a very good catch on the part of our TSA officers,” Carter added. “Not only did TSA prevent a deadly weapon from getting on board an aircraft, but we aided law enforcement in getting a dangerous individual off of the street.”

Authorities did not release the man’s identity and did not say what he was being charged with.

There have been 14 gun arrests at Newark Airport in 2021, according to TSA officials. 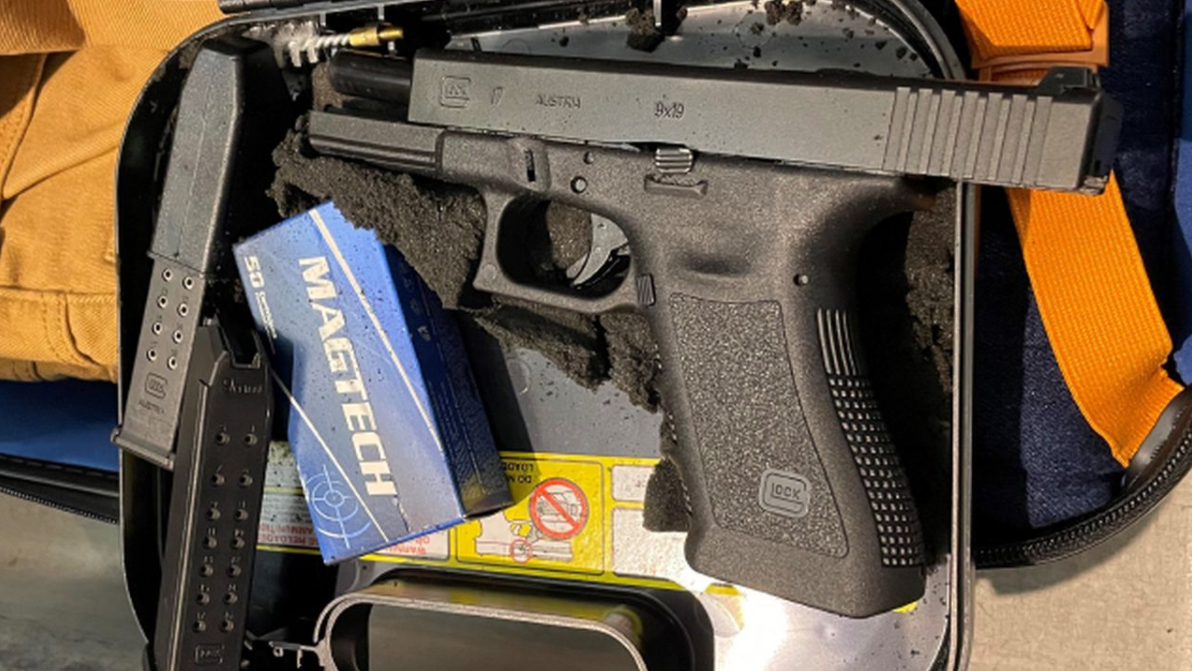