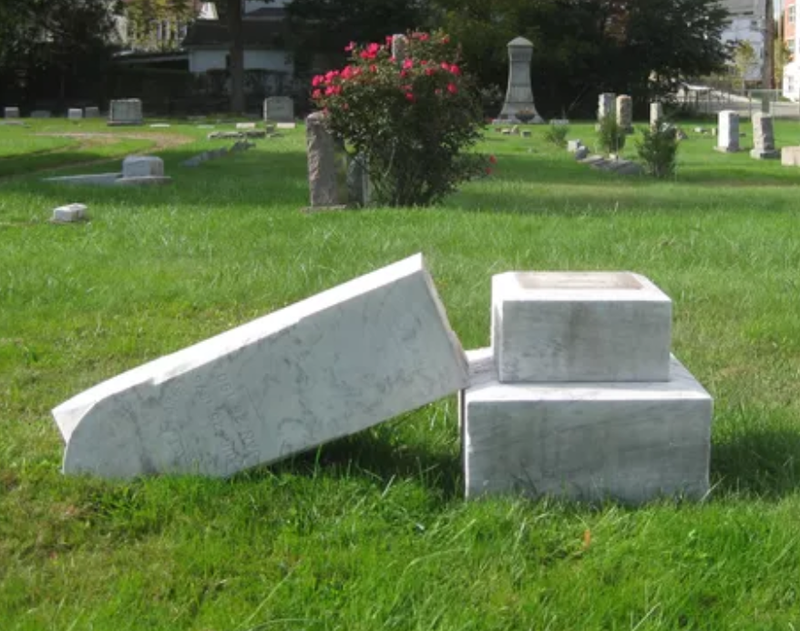 DOVER, N.J. (1010 WINS) — New Jersey police are investigating vandalism at a more than a century-old cemetery.

A GoFundMe organized in the wake of the attack at Orchard Street Cemetery in Dover said it is unclear the "severity" of the damage.

Founded in 1851, the cemetery has the remains of five War of 1812 veterans, 55 Civil War veterans, along with other veterans from the Spanish American War, both World Wars as well as Vietnam.

WABC 7 reports the attack happened between 6 p.m. Sunday and 8 a.m. Monday, which knocked over at least 12 headstones.

"When I turned the corner with my car and saw all these headstones down, I was just shocked," Dover Cemetery Association President Keith Titus said. "My heart just fell."

A number of other stones and a gatehouse from around 1875 were also damaged by the vandal or vandals.