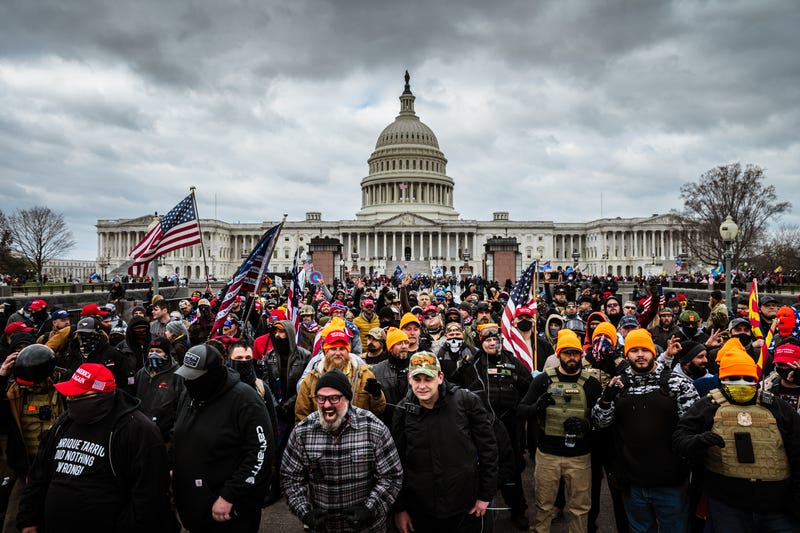 NEW YORK (1010 WINS) – At least two members of the FDNY were reportedly seen outside the Capitol on Wednesday amid the siege.

A retired member of the FDNY was spotted wearing a Squad 252 jacket steps from the building. An active firefighter was also seen but didn't have anything on that linked him to the department, sources told the Daily News.

Both of the members were seen in photographs, according to the report.

“The department received anonymous allegations that active or retired members were present at the events at the United States Capitol on January 6 and, as required, has provided that information to the FBI,” Frank Dwyer, an FDNY spokesman, told the News.

While arrests have been piling up in the days after the riots, no member of the department has been arrested or suspended, according to the report.