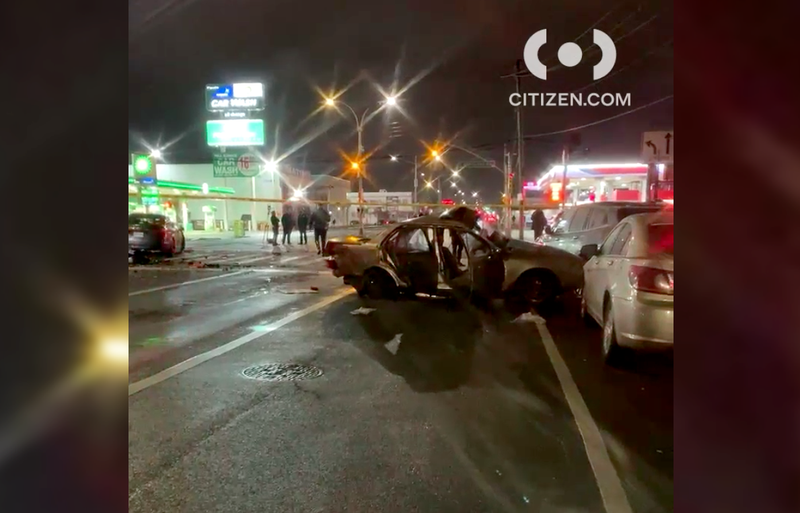 NEW YORK (1010 WINS) -- Police are searching for two men after two women were killed in a hit-and-run crash in Brooklyn on Saturday night.

The two women were traveling in a Toyota Camry on Flatlands Avenue in East New York shortly before 11 p.m. when a BMW speeding down Pennsylvania Avenue plowed into them, police said.

The two women were taken to Kings County Hospital but did not survive. They were identified as Brooklyn residents Nerlye Stvil, 58, and Sandra Liberice, 51.

Two men in the BMW fled on foot after the crash, police said.

The NYPD's Highway Collision Squad was investigating the crash Sunday.

Citizen App video shows the heavily damaged Camry and BMW at an intersection cordoned off with police tape.