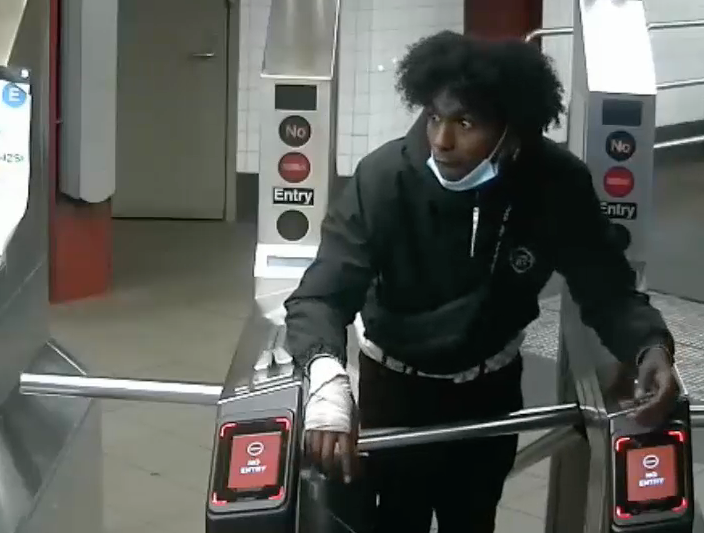 Police are searching for an additional suspect after three teens were charged in the attacks. Photo credit NYPD
By 1010 WINS Newsroom

NEW YORK (1010 WINS) – Three teens were charged in connection with a series of subway attacks in Manhattan on Friday morning, and police were searching for an additional suspect on Saturday.

The three teens were charged late Friday after being taken into custody earlier in the day.

Joseph Foster, 18, was charged with robbery and criminal possession of a weapon.

And an unidentified 16-year-old male was charged with assault, two counts of robbery and two counts of criminal possession of a weapon.

Police said Friday that a fourth individual was taken into custody, but it appears he was not charged.

However, the NYPD released surveillance video overnight of a fifth male they are searching for in connection with the attacks.

NYC: We still need your help. The individual below is still being sought regarding the attacks on subway riders in Manhattan yesterday morning. If you have any information, contact @NYPDTips at 800-577-TIPS.

All calls are strictly confidential. pic.twitter.com/wHPlPQ5ekC

Three of Friday morning’s attacks happened over the course of about 11 minutes on the 4 line in lower Manhattan. A fourth attack was reported a short time later.

Police said the first incident happened at 4:26 a.m. on a southbound 4 train at the Union Square station, where a 44-year-old man was approached by three men and slashed across the left side of his face.

Just minutes later at 4:34 a.m., a 40-year-old man and 41-year-old man were attacked on the train by three men as it was approaching the Astor Place station, police said. Both victims were punched repeatedly, and the 40-year-old man was slashed across the nose.

Then around 4:37 a.m., as the train approached the Brooklyn Bridge-City Hall station, another 44-year-old man was slashed in the face by three men, according to police. One of the men also stole the victim’s money and cell phone before throwing the phone on the train tracks, police said.

A fourth incident was reported 30 minutes later at Transit District 11 – located at the 161st Street-Yankee Stadium station – when a 48-year-old man informed officers that he had been stabbed in the eye by a group of men who approached him near 59th Street and Columbus Circle.

All of the victims were hospitalized and are expected to recover.

Only hours after several people were assaulted inside subway stations in Manhattan — @NYPDDetectives made arrests. @NYPDShea and NYPD executives are at the 59th Street and Columbus Avenue subway station to provide New Yorkers with an update. pic.twitter.com/3qoVYg4AhO

Photos of the suspects were obtained and distributed to officers via their NYPD smartphones shortly after the attacks. At 11:20 a.m., two NYPD officers who were patrolling along the northbound 1 line at 79th Street and Broadway spotted four individuals who matched the photographs exiting a train, according to police.

“As the suspects exited the train they were taken into custody without incident and brought back to Transit District 1,” NYPD Assistant Chief Jason Wilcox said at a news conference on Friday.

The slashings came after other recent, high-profile attacks in the subway. The MTA has been asking for more police and mental health resources in the subway for months, while Mayor Bill de Blasio has said the subway has been flooded with police and that he believes the system will get safer as more people return. 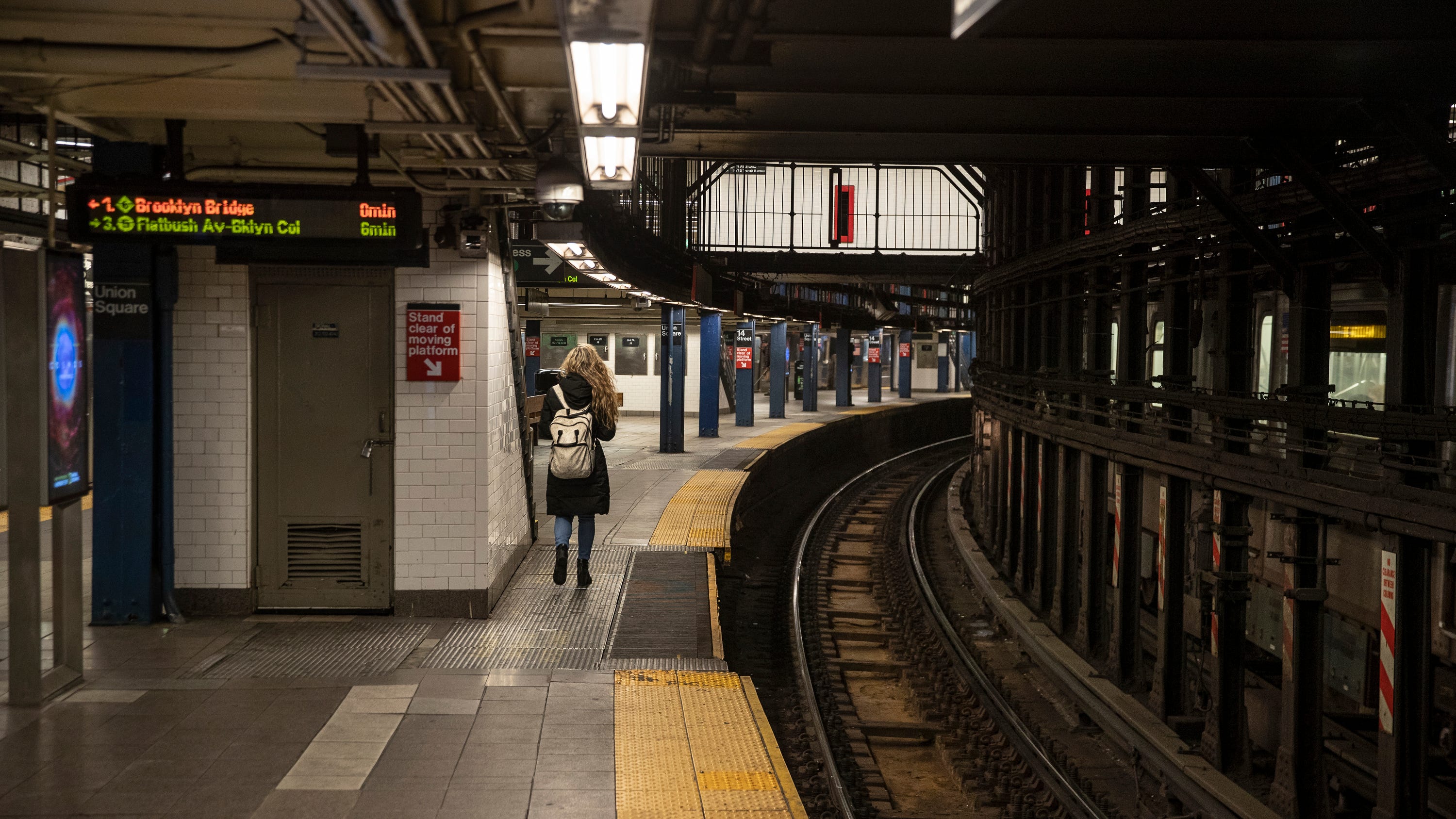 4 in custody after spate of early-morning attacks on Manhattan subway line: NYPD