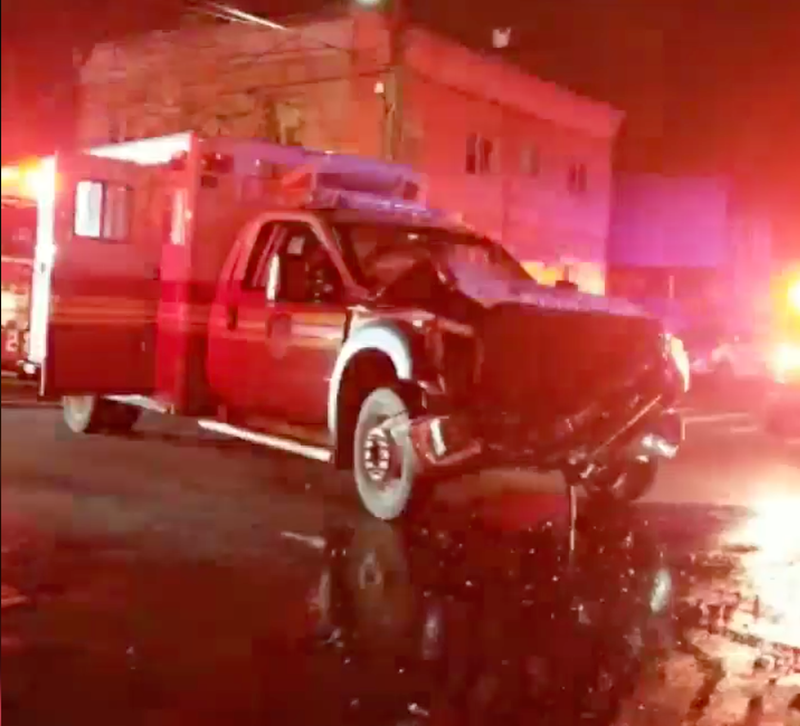 NEW YORK (1010 WINS) — A collision between two ambulances latte Monday in Brooklyn left four EMTs injured, according to the FDNY.

The crash occurred just before 11 p.m. near the intersection of Midwood Street and Brooklyn Avenue in Prospect Lefferts Gardens, officials said.

A video shared through Citizen App, showed one ambulance that appeared to have jumped the curb and driven up onto a sidewalk while the other ambulance in the street with damages to the front hood.

FDNY officials said one EMT was transported to a nearby hospital. The other three were treated at the scene for their injuries.

The extent of their injuries were not immediately known.

Officials are investigating the events leading up to the crash.