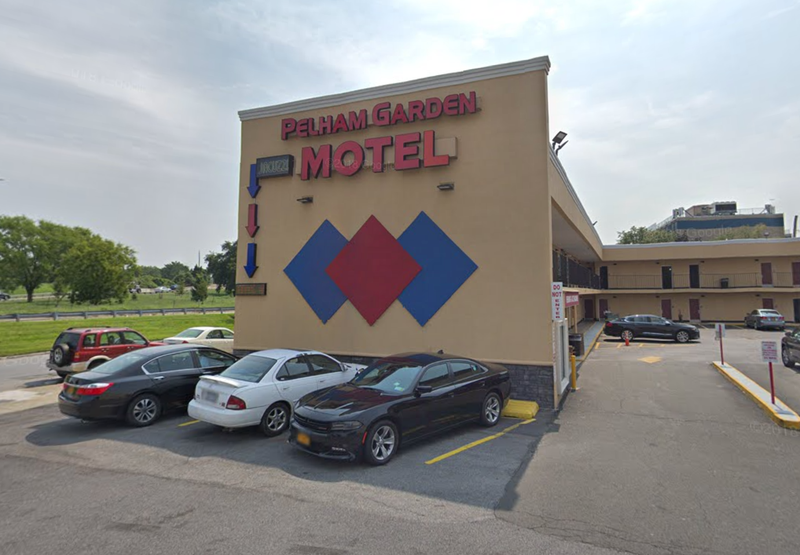 According to District Attorney Darcel Clark, the nine people are allegedly part of the Hunts Point Family Bloods subset, ran a sex-trafficking ring from several Bronx motels and other hotels across the city.

The investigation found that between May 6 and Nov. 19, the suspects allegedly operated a sex-trafficking ring from various Bronx motels, including the 7 Day inn on Brucker Boulevard, the Best Western Plus on Sedgwick, the Pehlahm Garden Motel and the Holiday Motel on the New England Thruway.

The suspects also forced victims to meet with clients at private locations, and other hotels across the city were used.

The suspects reached out to victims, who were usually teens and young women, on social media and lured them with money, officials said.

Then they took the victims’ photos and posted them as ads on several prostitution-related websites, officials added.

Victims were manipulated using drugs or violence, with some victims were regularly beaten, punched, slapped, and thrown to the ground, authorities said.

They manipulated their victims through drugs and violence and "used social media to get to the victims, preying on teens and young women.” Clark said, "My human trafficking unit is helping these victims through the trauma and will continue to dismantle these terrible operations that demean and damage victims."

"These arrests reflect the NYPD’s ongoing commitment to shift the focus of our enforcement operations to target human trafficking and to connect human trafficking victims with the services they need to survive," New York City Police Commissioner Dermot Shea said.

Ashley Garcia, Rivadeniera and Rodriguez were arraigned and granted supervised release while five others remain in custody.

There is still another person that has not been apprehended, authorities said.

Several suspects face up to 25 years in prison if convicted.