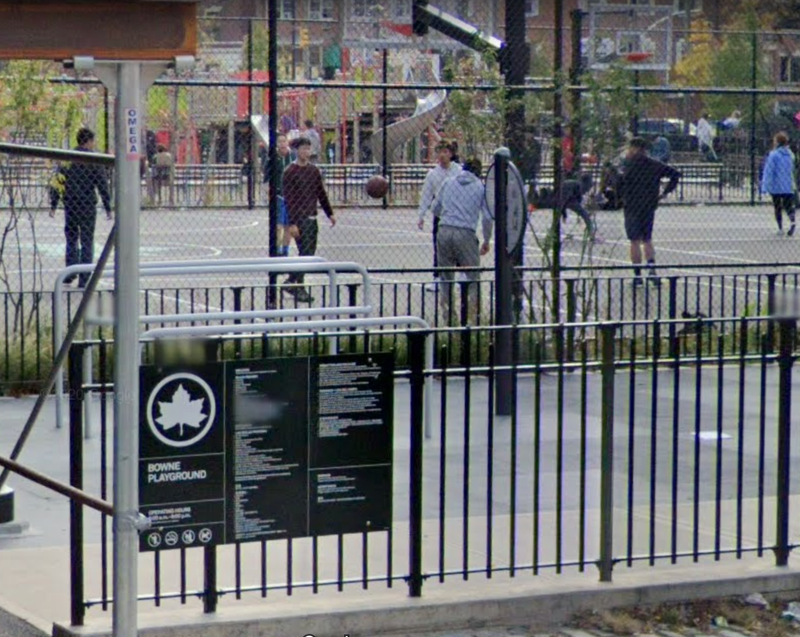 NEW YORK (1010 WINS) -- The NYPD’s Hate Crime Task Force is investigating an anti-Asian attack on a 13-year-old boy on a Queens basketball court that happened earlier this week.

The teen was playing ball at Bowne Park located at 142-20 Barclay Avenue in Flushing at around 6:30 p.m. Tuesday when he became embroiled in a fight with two or three male teens, police said on Wednesday.

One of the teens pushed the Asian boy to the ground and the group then began to throw basketballs at the vicitim's head while yelling “Go back to China” in an apparent bias crime, according to officials.

The teens then yelled “Stupid, f*****g Chinese. Go back to your country,” the victim told police.

The victim’s mom took him to Flushing Hospital, where he was treated for his injuries.