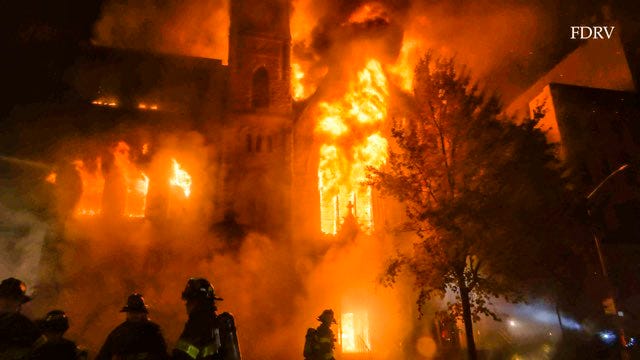 The blaze tore through Middle Collegiate Church, a 128-year-old house of worship on Second Avenue, just before 5 a.m. on Dec. 5, officials said.

On Friday, an FDNY spokesperson confirmed that faulty electrical wiring in a vacant building next to the church started the fire, adding that the inferno has been deemed “non-suspicious."

No one in either the vacant building or the church was hurt, but four firefighters were injured putting out the blaze.

The congregation plans to rebuild the church, which was home to New York’s Liberty Bell.