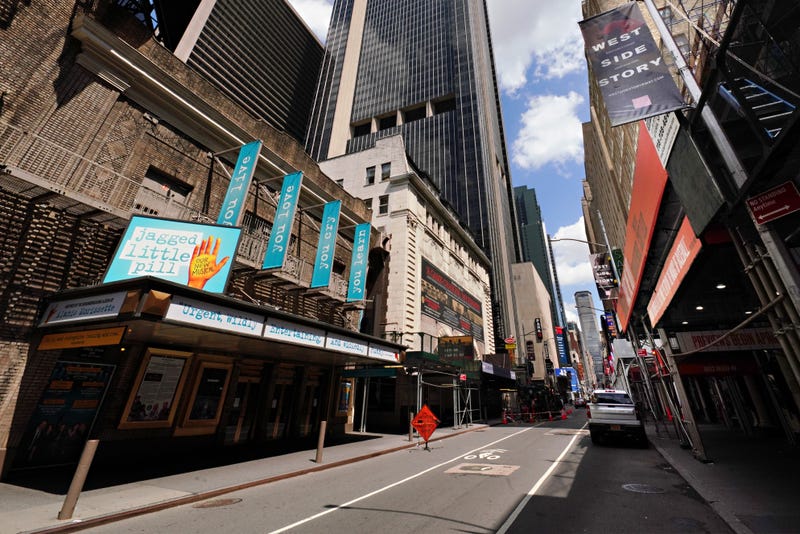 NEW YORK (1010 WINS) -- Broadway will stay dark well into next year, with the Broadway League announcing Friday that ticket sales for performances have been suspended through May 30 over COVID health concerns.

“With nearly 97,000 workers who rely on Broadway for their livelihood and an annual economic impact of $14.8 billion to the city, our membership is committed to re-opening as soon as conditions permit us to do so. We are working tirelessly with multiple partners on sustaining the industry once we raise our curtains again,” Broadway League President Charlotte St. Martin said in a statement.

The coronavirus has already devastated Broadway, shuttering 31 musicals and plays and stopping other productions since mid-March.

The theater shutdown has been extended multiple times over health concerns, most recently to January 2021. The latest announcement extends the shutdown by four months.

The Broadway League said dates for each returning and new Broadway show will be announced as individual productions determine the performance schedules for their respective shows.

The league said theatergoers holding tickets for dates through May 30, 2021 should contact their point of purchase for details about exchanges and refunds.

Despite the shutdown, the 2020 Tony Award nominations are scheduled to be announced on Oct. 15.