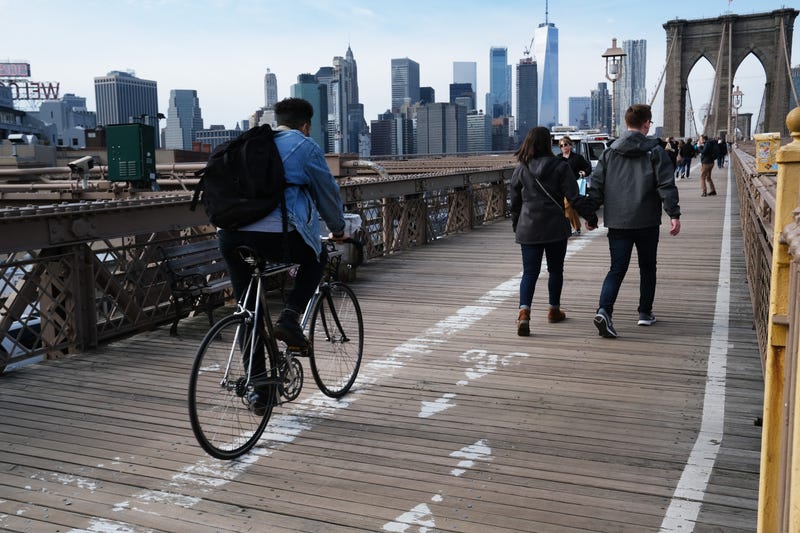 NEW YORK (1010 WINS) -- Two car lanes — one on the Brooklyn Bridge and one on the Queensboro Bridge — will soon be converted into bike lanes, according to a new report.

Mayor Bill de Blasio is expected to announce a plan to reserve the two lanes for cyclists in his State of the City speech Thursday night, the New York Times reported

The city plans to ban cyclists from using the pedestrian promenade at the Brooklyn Bridge’s center once the lane is up and running, according to the outlet.

In a statement provided to the outlet, de Blasio’s administration said the plan would bring the two bridges “into the 21st century and embrace the vision of a future without cars with a radical new plan.”