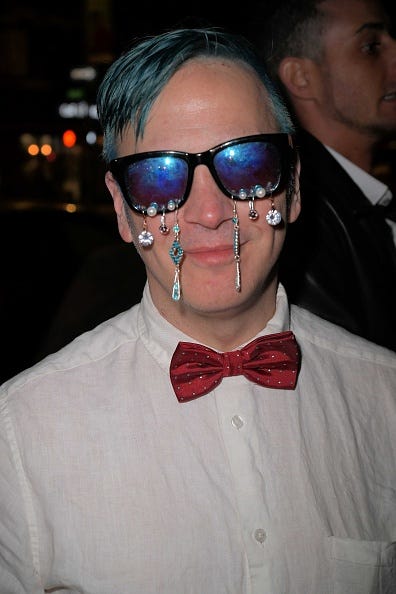 Alig died from acute intoxication by fentanyl, acetyl fentanyl, heroin, and methamphetamine at the time he was found dead on Christmas Eve 2020, according to Page Six.

In 1997, Alig gained notoriety when he and his friend Robert “Freeze” Riggs plead guilty to brutally killing his roommate and fellow club kid Andre “Angel" Melendez over a bad drug deal then dismembering and tossing his body and tossing it in the Hudson River in 1996, once the stench of the rotting corpse became too intense.

The murder was turned into a movie, Party Monster, in 2003 starring Macaulay Culkin.

The film was based on the memoir Disco Bloodbath by club kid James St. James.

Alig was released from prison in 2014.