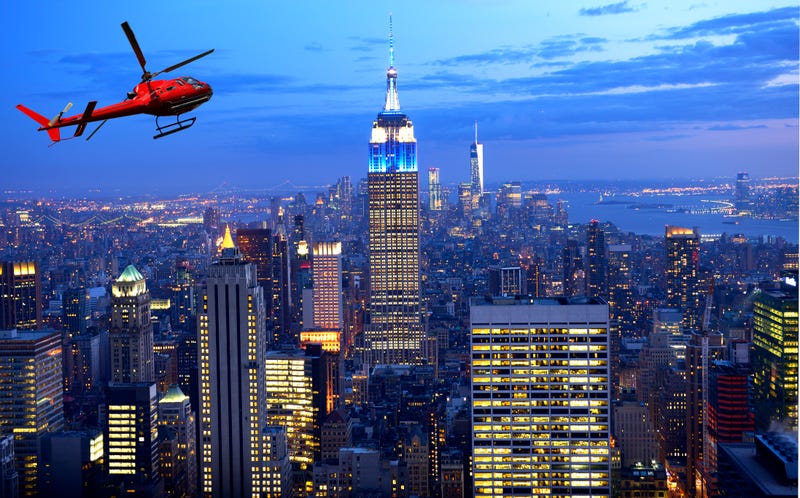 NEW YORK (WCBS 880) — Complaints to 311 have skyrocketed around New York City as helicopter traffic in and around the five boroughs has grown exponentially.

“Sometimes the building I’m in shakes, the windows rattle in the encasement because they fly so low and loud,” he said. “It’s turned a lot of New York City effectively into a war zone with constant helicopter noise starting in the morning and going to late at night, seven days a week.”

Benepe said New York City has spent a great deal of money on ensuring parks and gardens can be a place of solitude, but it has been ruined because of the flights.

“The very places that we created, at great expense, is being destroyed by a very small piece of the economic pie,” he said.

He said that while tourist trips could end with federal legislation, the commuter trips can easily be dealt with by the city of New York.

“All three of those heliports are on public land. The mayor can simply end the contracts with the helicopter companies in the best interests of the city," he said.

Benepe isn’t the only one annoyed by the frequent noise.

According to a New York Times report, the city received 18,000 calls from January through September — more than triple the number during the same period last year. Most of the complaints have come from Manhattan.