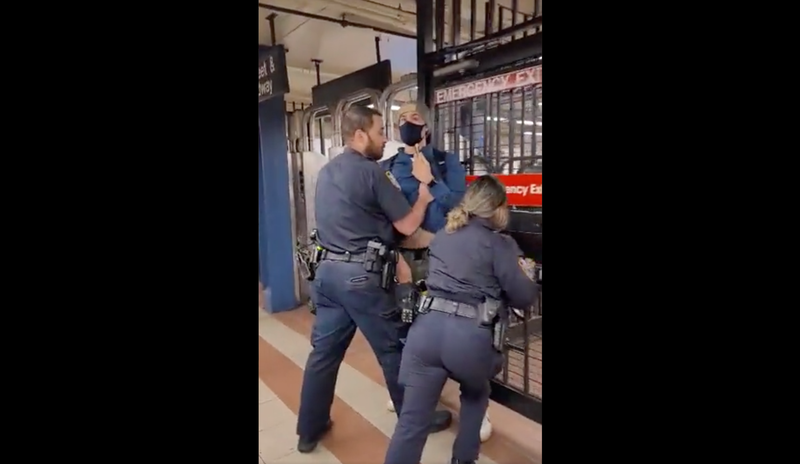 NEW YORK (1010 WINS) — Two NYPD officers were recorded pushing a subway rider outside of a Manhattan station after he confronted the cops for not wearing face masks.

#NYC #NYPD harassing this subway rider for having the nerve to ask them to put on masks! #notabovethelaw@NYCMayor pic.twitter.com/iEK8qKh0MF

The maskless officers were filmed Tuesday pushing the man from the platform of the 8th Street station through the emergency exit door at the turnstile as the pair avoid his requests for their badge numbers.

The rider, Andrew Gilbert, told amNewYork Metro the incident unfolded during his morning commute after he began filming the officers while asking them to follow the law and wear face masks.

“The male officer was playing dumb and claimed he couldn’t hear me. I kept asking him over and over, ‘Do you know it’s illegal not to wear a mask,’” Gilbert told the paper. “I kept asking him the same thing and then he said, ‘You’re being disruptive,’ which I guess is their key word for doing whatever they want if they declare you disruptive.”