NEW YORK (1010 WINS) -- Mayor Bill de Blasio on Monday said that a "full shutdown" is possible in the coming weeks, a decision he said the state would ultimately decide, as infections continues to rise.

“We’re seeing the kind of level of infection with the coronavirus we haven’t seen since May and we have got to stop that momentum — or else, our hospital system will be threatened,” de Blasio said on CNN.

And if this momentum doesn't stop?

“There’s the potential of having to do a full pause, a full shutdown, in the coming weeks, because we can’t let this kind of momentum go,” the mayor said. 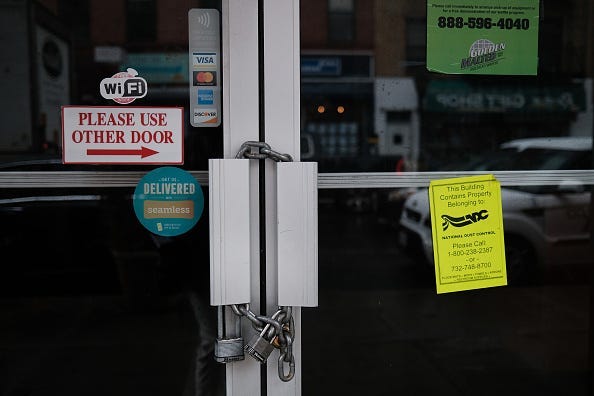 As indoor dining ended today, the mayor said that he agreed with tightening restrictions, adding that "this action that the state took was necessary."

Indoor dining will remain closed for the foreseeable future, according to the mayor.

"The folks in the restaurant business have been through hell," he said, adding that he is hopeful the situation will change sooner rather than later.

De Blasio also warned that the city should brace itself for the next few weeks. It's going to be a "tough December, a tough January," he sad.

The mayor once again called on the federal government to help the restaurant business with a stimulus package that actually allows restaurants to recover.

"We've got to bring the industry back, we have to bring the restaurants we love," de Blasio said, but "we need people to be alive."