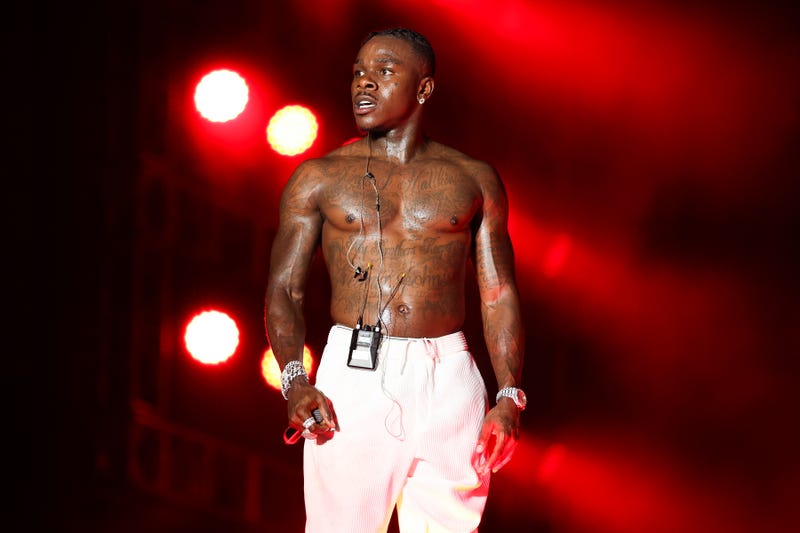 The New York music festival, scheduled for Sept. 24-26 at Citi Field, is the latest to remove the controversial rapper from its lineup after his homophobic comments during a performance at the end of July.

“Founders Entertainment does not and will not tolerate hate or discrimination of any kind,” organizers wrote in a Twitter post Monday morning, promising a new lineup addition.

“We welcome and celebrate the diverse communities that make New York City the greatest city in the world. Thank you to the fans who continue to speak up for what is right. Along with you, we will continue to use our platform for good.”

The news comes a day after Lollapalooza removed the Cleveland-based rapper from his headlining set, with musicians Young Thug and G Herbo taking is slot.

Dua Lipa, who recorded a version of her hit song "Levitating" with the rapper, also has now distanced herself from him. Some playlists from Apple Music have also removed him.

"If you didn't show up today with HIV, AIDS, any of them sexually transmitted diseases that'll make you die in two, three weeks, put your cell phone light up," DaBaby was filmed telling a crowd at a Miami concert last month.

Major artists and past collaborators including Elton John, Madonna and Dua Lipa called out the rapper for his remarks.

DaBaby, whose real name is Jonathan Lyndale Kirk, apologized in a video message on Instagram. But he was quickly criticized for his seemingly insincere tone after he said his gay fans had "class" and weren't "nasty" or "junkies."

He then took to Twitter to apologize again, saying his comments were "insensitive" but were not meant to offend.