NEW YORK (1010 WINS) — Police are searching for a man and woman wanted in connection with a series of commercial burglaries in Manhattan.

The duo’s spree began on April 15 just before 1 a.m. when they broke into a Bean & Bean Coffee Shop at 222 West 37th Street with a hammer. The pair made away with about $10,000 in jackets before fleeing the scene, authorities said.

A short time later, around 3 a.m., one of the thieves broke into Designers Window at 318 8th Avenue using an unknown metal object to break the door. The suspect stole two cash registers with about $750 in cash inside, police said.

On April 28, the pair allegedly struck again. This time the two thieves broke into Halo Deli at 1428 Avenue of the Americas around 4:30 a.m. using an object to break the front door. The duo stole two cash registers with about $3,200 inside, according to cops.

About an hour later, two men dressed in construction worker clothing used a hammer to break a glass door at Wok to Walk Restaurant at 570 8th Avenue. The thieves stole an empty cash register, officials said.

The hammer-wielding man and woman broke into another establishment on May 8. Around 2 a.m., the pair gained entry to De Lido Hair Salon at 875 8th Avenue by again breaking the glass on the front door. They made away with about $900 from the cash register, police said. 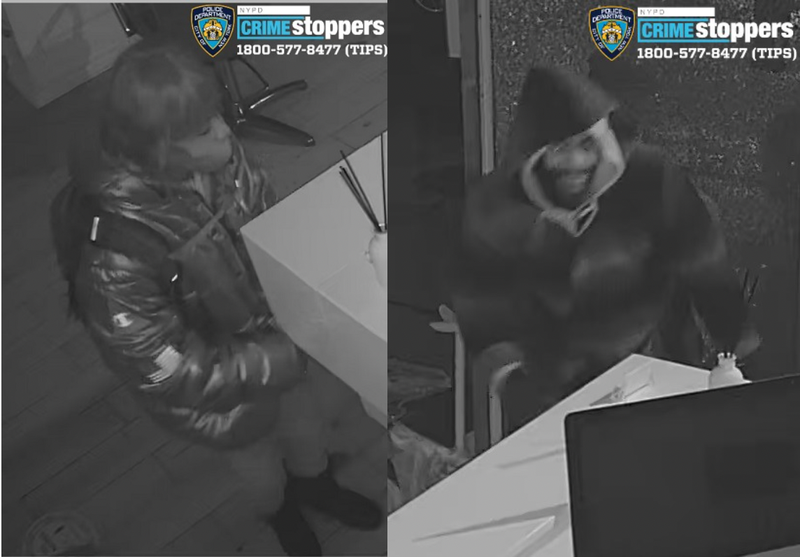 The suspects are believed to be a man and woman between 40 and 50 years old. 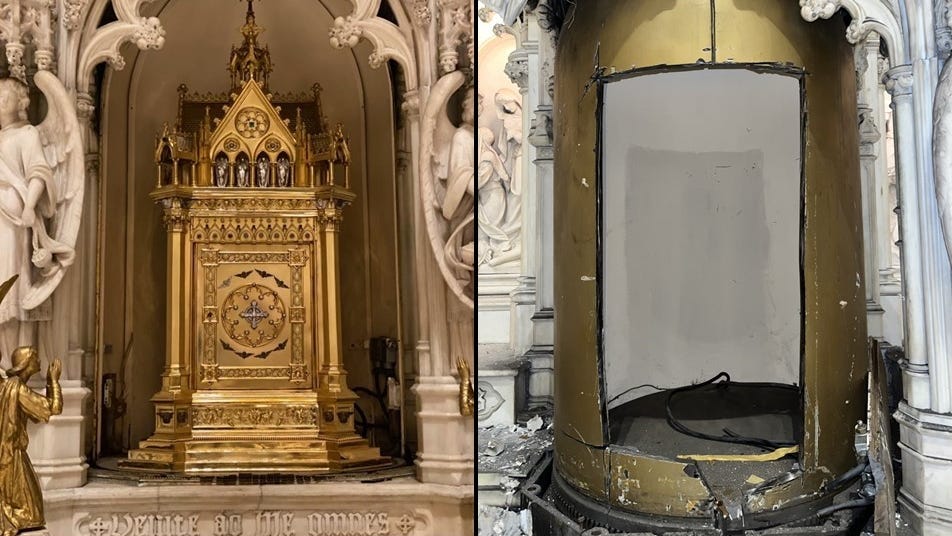 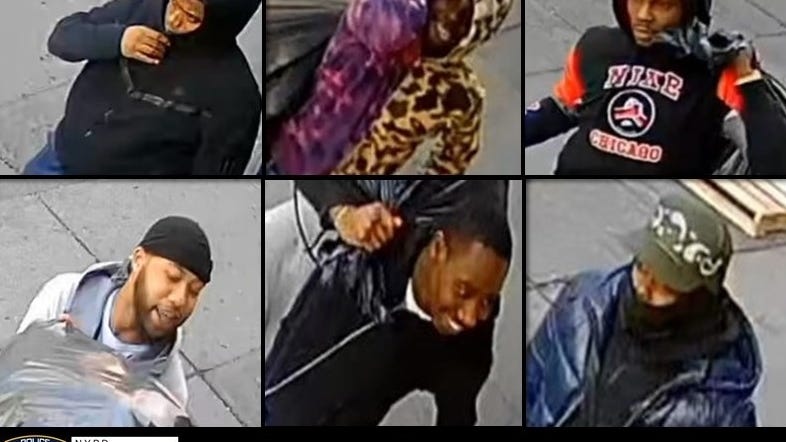 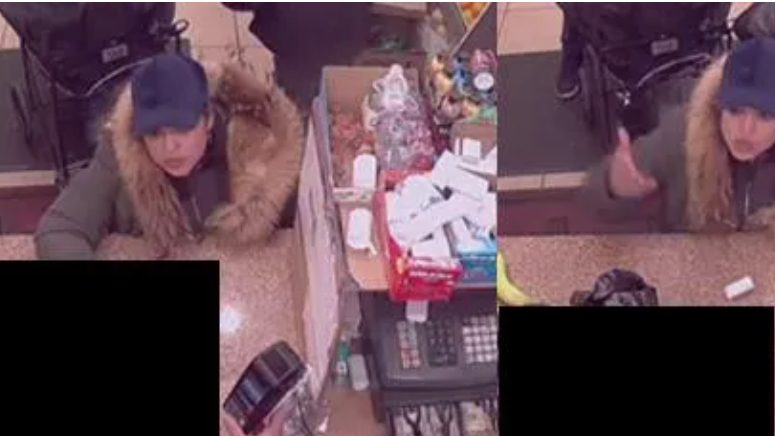