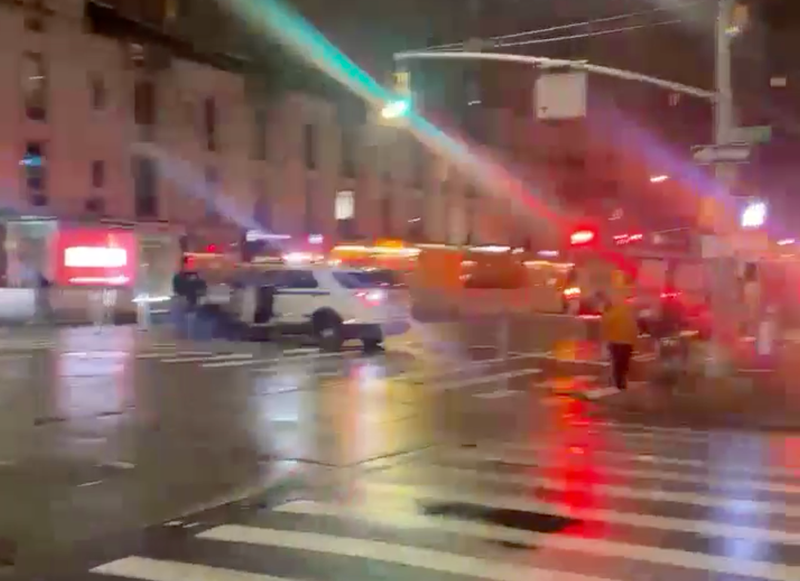 NEW YORK (1010 WINS) -- There were many reports of damage after high winds and severe storm weather made its way across parts of New York City and New Jersey overnight.

Officials also blocked off several streets in Midtown due to falling debris.

FDNY were called to falling debris near 57th Street and 6th Avenue.

Police Blocking Off Streets Near Scene of Falling Debris <a href="https: