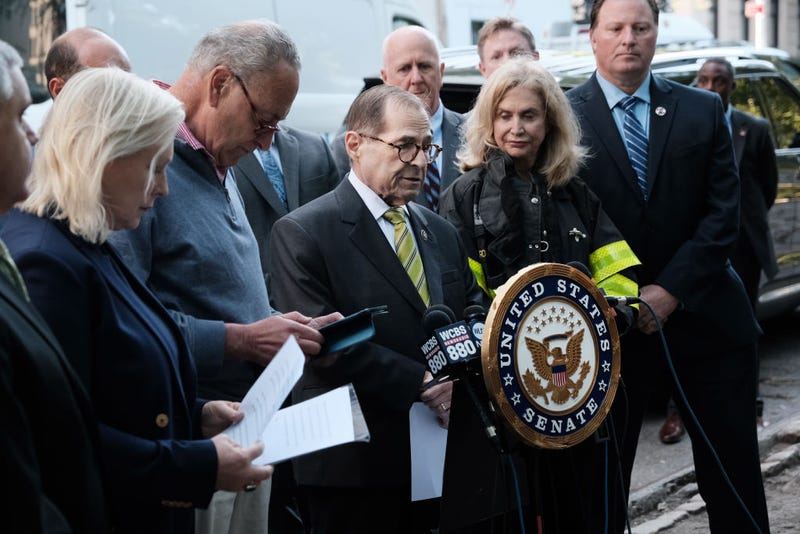 NEW YORK (WCBS 880) — More than two decades after the terror attacks on Sept. 11, 2001, two lawmakers from New York City are demanding to know when exactly officials knew about the health threats posed by the ruins of the World Trade Center.

Congress members Carolyn Maloney and Jerry Nadler have sent a letter to Mayor Bill de Blasio asking him to release documents showing when exactly former Mayors Rudy Giuliani and Michael Bloomberg were informed about the toxic fumes that were released when the Twin Towers collapsed.

She stressed that even though two decades have passed since the attacks, thousands are suffering from the effects of 9/11 today, and the deserve to know if city officials deliberately put them in harms way.

“Officials who made life and death decisions and who failed to disclose vital information about the health risks owe accountability to the public,” Maloney said.

Providing full transparency on what the government knew about the health risks at Ground Zero and how they potentially covered up that information will finally provide transparency for our survivors and responders on a too often overlooked aspect of the attacks. https://t.co/GhCj3VNIe2

Over 65,000 people are currently being treated for 9/11-related illnesses.

“If the city had told the truth about the danger of the deadly toxins – which they knew – it definitely would have saved lives. People were told it was safe,” Congresswoman Maloney said.

She added that the request is about accountability and learning from past mistakes. The city has agreed to review the letter.