NEW YORK (1010 WINS) – A man was beaten and robbed by a group of six people at a subway station in lower Manhattan on Friday, police said Sunday as they released surveillance video of the attack and suspects.

The 26-year-old man was buying food at the Dunkin’ at the Fulton Street subway station at Broadway and Fulton Street around 11:10 p.m. when four men and two women attacked him, according to police. 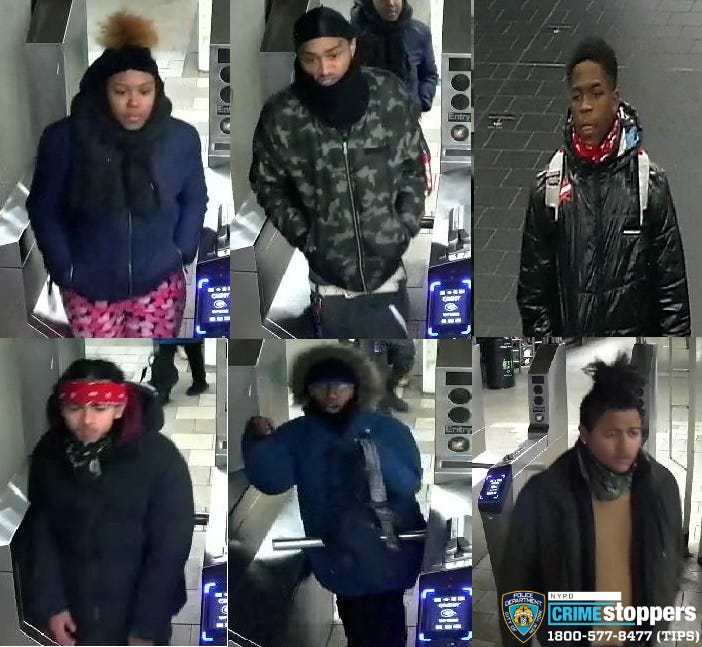 The group punched him and sprayed him with pepper spray before stealing his wallet and backpack, police said.

The victim refused medical attention at the scene.