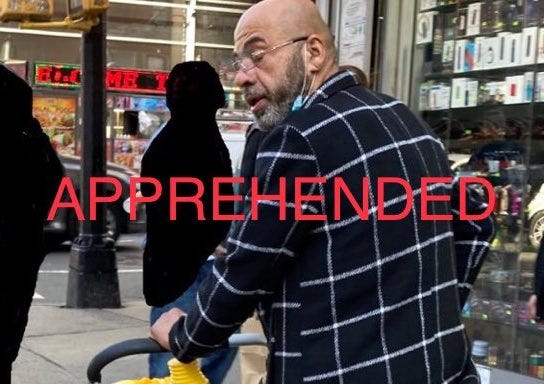 Bobby Eli, of East Harlem, was arrested Saturday and charged with second-degree aggravated harassment and third-degree menacing, both as hate crimes, police said.

The subject from this anti-Asian Hate Crime has been APPREHENDED, with help from our partners at the Port Authority Police Department, and is being charged with Menacing as a Hate Crime. @PAPD911 pic.twitter.com/6UOBdMHB13

Police believe Eli is the man who yelled anti-Asian remarks and menaced a 65-year-old woman on Friday.

The woman was on W. 40th Street, between Seventh and Eighth avenues, at 4 p.m. when the man came up and started shouting anti-Asian statements at her, police said.

The man then waved a stick at the woman, causing her to fear for her safety, according to police. No injuries were reported.

“Why you have blue hair, b****?” the man allegedly said, according to the report.

The woman was able to take a photo of the man, ultimately leading to the arrest.